Kelvin – When do we race?

Well, this is a strange set of affairs and no mistake. I’m sure you, like me, are missing the racing terribly. Worse still for me, and perhaps some of you, I am in total isolation, due to age and underlying health considerations. Food deliveries to the door. It’s not even as if, when confined to quarters, you can get on with some DIY, as most stores seem to be shut. Ordering online is possible, but takes time and adds to the frustration. So what to do?

Well, there’s never any harm in stripping the kart right down and giving it a thorough clean that might often reveal a minute crack or a damaged thread. Take the best care you can of your tyres, (deflate and de-mount them, store them on their side in a neutral temperature environment). Clean the inner sides of the wheels where the tyre bead sits. Clean all your stub axles so that bearings and spacers slide on and off easily. Clean all your bearings and re-lube. Check all your cables for signs of wear, replace or re-route them. Change the oil in your engines (run them first to circulate all the muck). Then look for all the little things that can spoil your race day. Strip and clean all your carbs. Make sure all your throttle linkages are clean and not fouling. The coiled spring that most of you use to join the black plastic carb throttle to the cable can gradually wear, and I have known them to break, at the throttle end or the point where they join into the steel arm. Replace them, not too expensive.

Of course, no doubt the burning question, is when does racing return?

Of course, no doubt the burning question, is when does racing return? I think an equally valid question is, what will racing look like?

Well, here’s my opinion, second question first! Racing will look very different. Not necessarily at RHPK level, but nationally, things will look very different. I think many businesses and teams that we have known, and even consider part of the furniture, will not survive a long lock-down. Karting businesses have always struggled over the period from October to March, when not so much happens, and also folk’s attention is diverted away from karting toward family, Christmas etc. So many businesses are almost on their knees in February, anticipating things picking up in March, as they always do, under normal circumstances. At the same time, this is when businesses very often take on a lot of new stock, in anticipation that the majority of this will be sold in the first weeks of March as everyone fettles, cleans and renews their kart ready for the season ahead. Through conversations I have already had, I know of several businesses that took on considerable stocks of parts, components, tyres etc in anticipation of the pre-season rush. These items are now sitting on shelves, while the payment was taken for them in February or before. Financially, this is disastrous. Coupled to this, a lot of competitors will have been unemployed, furloughed, on short time, or been laid off completely during this period. Self-employed have found their workstreams drying up. This in turn will have meant getting in to debt or using up hard-earned savings. So, on any return, a lot of competitors will not have the money to return to racing. A lot of faces will be missing from our paddocks. 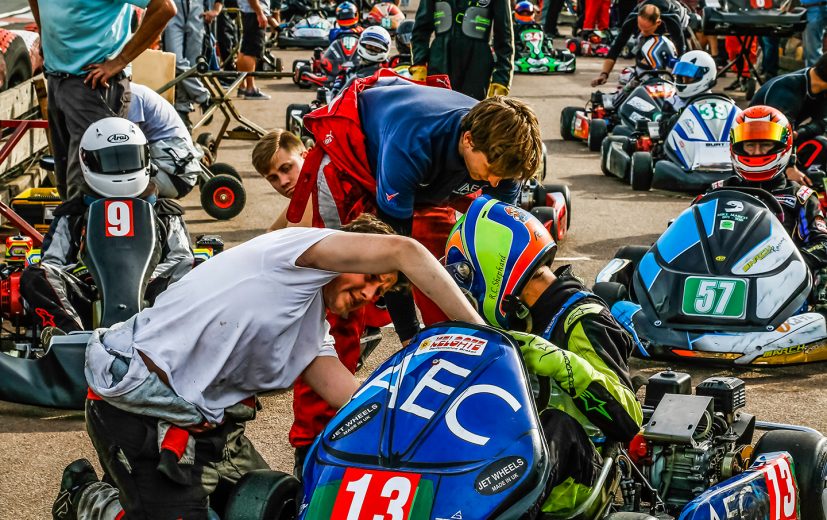 So, the first question, when will racing return? You might as well ask, how long is a piece of string? I have spoken to many over the last few weeks, and got so many different answers. At the same time, I have access to the official line from MSUK, which takes guidance from the government. For arrive and drive, or corporate karting, I hear opposing views. One indoor circuit owner told me he didn’t expect to open until December. I have a £10 wager with another outdoor circuit owner who tells me he expects to have racing at his circuit by June 1st or sooner.

The MSUK’s position is currently that no permits will be issued up until the end of June. This does not necessarily mean that permits will be issued from the start of July, but I know that they are committed to trying to put on some form of British Championship this year. The problem with that is that it does not hinge solely on the MSUK, or the circuits themselves, but on a variety of outside factors. It is one thing to say that you can hold a kart meeting without any spectators, but what about hotels for competitors and officials? What about catering? What about driving bans, or a limit on how far you might be allowed to travel from your home? 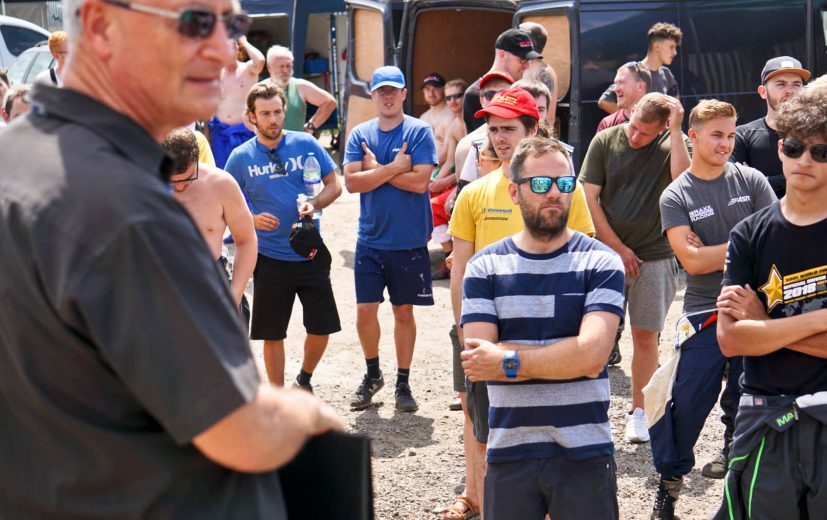 Of course, that sort of problem does not affect RHPK directly, as those meetings could be held in one day, with no testing the day before. Everyone would be in the same boat, you get the morning test sessions to set up your kart. Limit numbers of friends and family so that just drivers and mechanics would attend, do your best with social distancing. However, it is unlikely that Rye House would bring in their staff just for one day, so they would probably prefer not to open until such times as they are also permitted to run the hire kart events. When might that be? Driver briefings would have to acknowledge the 2m spacing, difficult within the existing briefing room unless you limit numbers. They would obviously have to offer assurances to visitors that suits, gloves, and, in particular helmets, have been washed or sanitised since the previous user wore them. In the current circumstances, would you want to wear a helmet that someone unknown to you had previously worn?

So, I’m afraid that my crystal ball is not offering any particular solutions or clear answers here. It’s unlikely that racing as we knew it at RHPK will be the same for a very long time to come. Can we get back to some semblance of normality in the near future? I hope so, for everyone’s sake, and for sanity. For me personally, I cannot currently see a point at which I would feel “safe” to come back to racing. The middle of next year if a vaccine can be found maybe? Who knows?

I hope to meet up with you all at some point in the future, in the meantime take care, stay safe.