First of all, a little history! The standard Honda exhaust has a baffle inside which, due to the extreme vibration and RPM’s we put it through, breaks off. When it does this, it rattles around inside the exhaust, breaking into ever-smaller pieces, which are then either spat out the back of the exhaust as red-hot shrapnel or, under certain conditions, sucked back into the engine, rendering it unusable until it has been stripped and rebuilt.

Obviously neither end result is particularly desirable and so, many years ago now, I took the decision to have the exhaust taken apart from new, the offending metal cut out, rebuilt in such a way that it couldn’t be taken apart any more, and sealed. Initially one agent was appointed to do this and, when this business changed hands, two new sealers were appointed, who still perform this service today.

This means, from both the scrutineer’s point of view, and that of the engine preparer, that if you note the seal as being in place, you can be confident that all is as it should be, and the exhaust is compliant and safe to use. Except, of course, that certain folk will always want to tamper with things to try and get an edge. In this respect, sealing is the worst thing I could have done, since I can no longer get inside to inspect it! And that’s the same reason I have always been against sealed engines.

Over the years, I have become familiar with most of the ways that have been tried to modify the exhaust from the outside, without damaging the fabric of it or the seal. However, one particular part has always appeared to be out of reach in terms of access, and I have spent considerable sums of money buying different cameras to be able to look inside. Recently, however, I was shown a new camera which appeared to be just the thing I wanted, so I bought one and, hey presto, I can now reach the parts other cameras cannot! 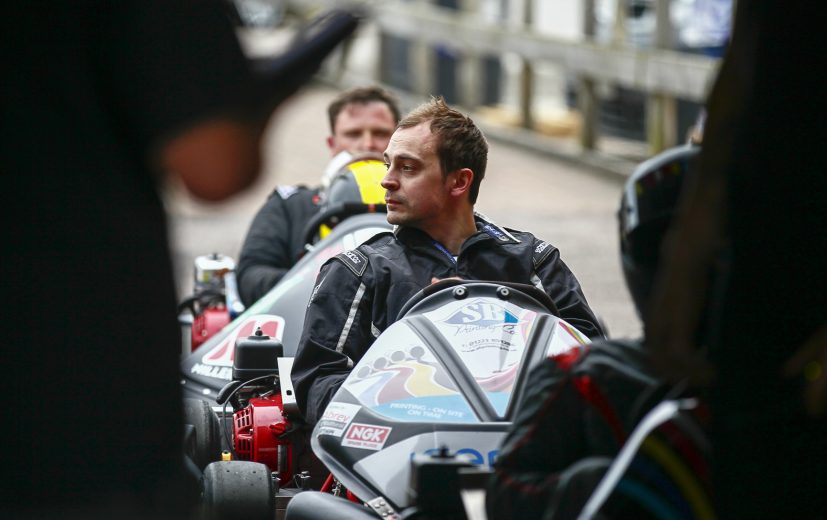 So, in using this new camera for the first time at the last round, I discovered two exhausts which appeared to have modifications. I say “appeared” since, in that black sooty environment and even with this camera, it is not the easiest thing in the world to spot. What I will say is that, out of the eight exhausts I inspected that evening, six appeared very similar, and two, different. To this end I have arranged to have the two suspect exhausts delivered to Rob Nurse, one of the appointed sealing agents, and he and I will break these two apart to see for sure, in the cold light of day, what has been happening to these two exhausts.

Let’s be quite clear. What I believe I am seeing with this camera is an amateurish attempt to enlarge a port in the exhaust tube, it is a poor effort, but opening out of this port inevitably allows more of the exhaust gases to pass through, therefor in theory it is performance enhancing. However, when you consider that, only one exhaust was modified on each kart, the gain would have been minimal.

The modification, if such it proves to be, would have been achievable from outside the exhaust, I think, using a stone on the end of a flexible drive. A bodge at best, since you would not be able to see what you were actually doing or achieving during the metal-relieving process, and only visible afterwards using a camera similar to the one I have just purchased. I don’t believe this was the work of either of the teams involved, or an engine preparer. It would certainly not have been done at the preparation stage by a sealing agent! I believe these are exhausts that have been modified by persons unknown and have found their way into the supply chain. An engine preparer, finding an exhaust which appeared to work well on the dyno but had a seal and all other external visible signs of being a compliant exhaust, would immediately earmark that item as a good exhaust and use it on a customer’s engine.

I have offered to attend the next RHPK meeting early, and anyone who so wishes can have their exhausts inspected by me before the race meeting gets under way.

If you then consider that, about three years ago, the Honda Cadet had to use a new exhaust I had designed and made, you see that this in turn, put hundreds of original exhausts into the pool of usable items. So right now I have no idea how many of these modified items there might be out there. To this end, I have offered to attend the next RHPK meeting early, and anyone who so wishes can have their exhausts inspected by me before the race meeting gets under way. Rob will have a supply of new, sealed exhausts so that, if any others are found to be modified, they can be replaced with a new exhaust and fitted for the race.