Another highly anticipated RHPK round and was sold out after just 5 hours on the Monday after round two, however, a 5-week wait between rounds prompted a number of teams to test during the weeks up to the race.

This month we welcomed a brand new team, Chess Racing – sporting number 60. It was the teams first race in a Pro-Kart Series and were taken under the wing of CET & Silverline Racing – fantastic introduction by our two regulars. Sticky Dickies was back, having debuted last month, Richard was back! Unfortunately, due to circumstances beyond their control, two teams were unable to make it last minute – LR Racing & Neptune. We hope to see both teams in the up and coming months.

Morning practice started off with rain – which was a little surprising considering the warm and dry weather we’ve had on the run up to the race.

We welcomed back Chris McCarthy who will be returning to commentate for the series for the rest of the year. 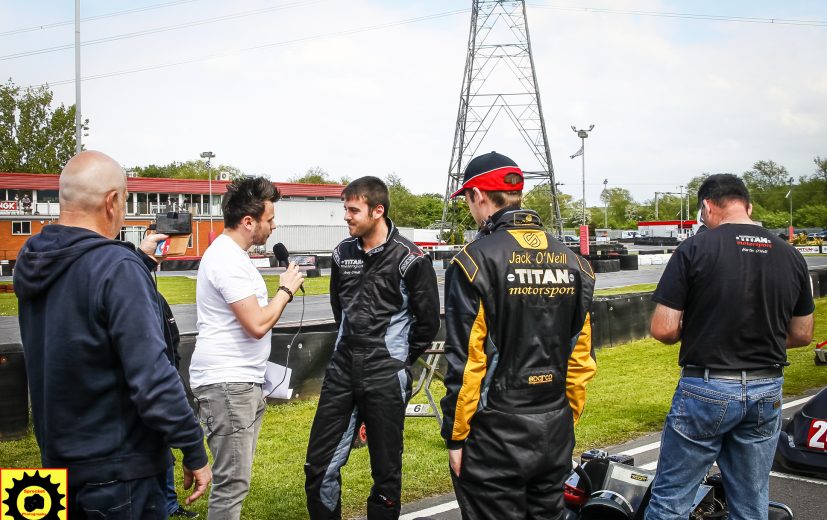 The RHPK pace car this month was a Pirtek Racing Group C Proton Satria GTi track car. Perry punt in a decent amount of laps in the Proton before starting Round 3. 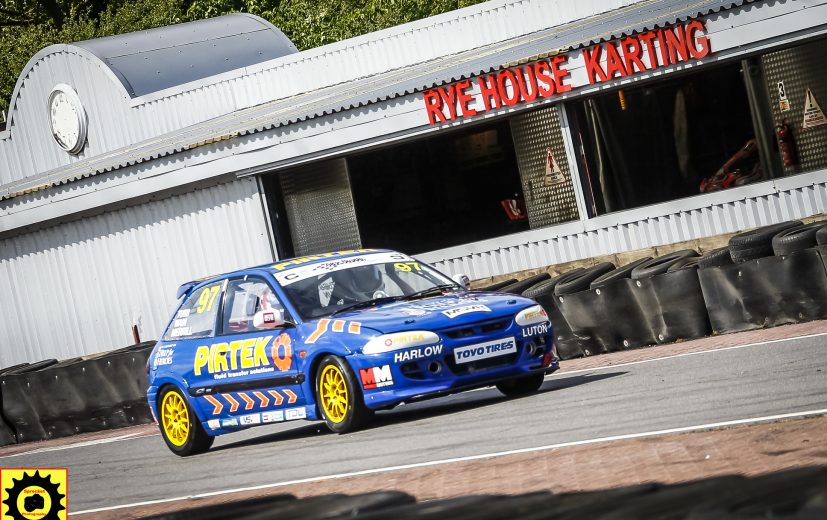 After the British F4 driver Billy Monger’s horrific crash at Donington Park, this month the Sausage fest included a collection for Billy #billywhizz. We raised an incredible £729. A big shout out to all of those who donated and bought stickers (Which were sold out in less than 5 minutes!)

Lunch provided by Team Lambo was sponsored by Team Amigos & SJ Lambo – all proceeds to the food went directly to Bill Monger. A real tribute to the Team Lambo camp. We can’t thank you all enough. 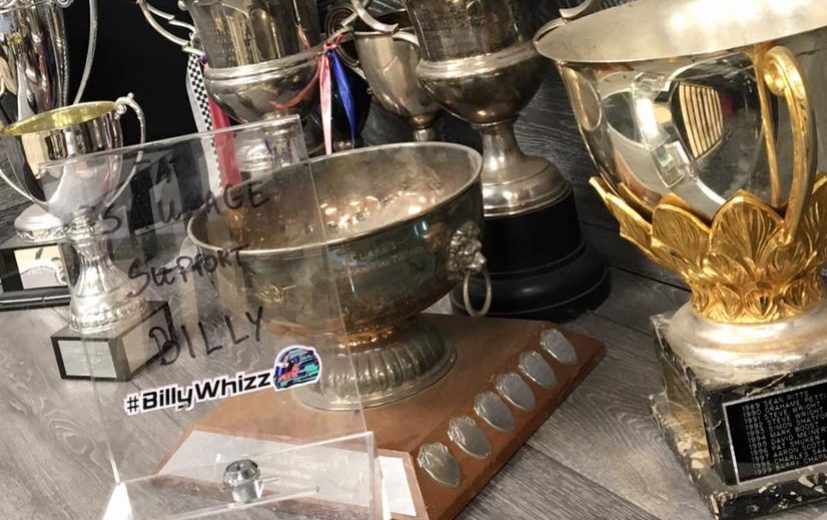 As the qualifying was about to being the sky looked very dark causing some spots of rain to fall – it was enough for the whole field to be waiting on the dummy grid waiting for the session to start just in case it poured! 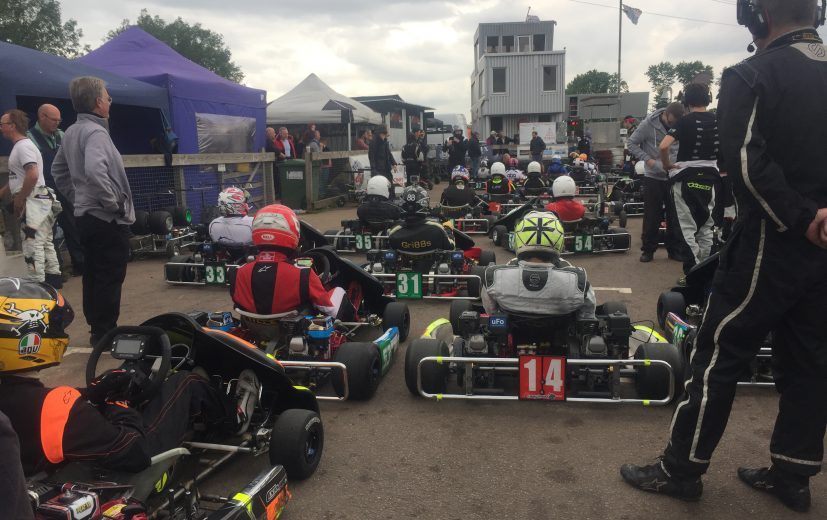 Qualifying just about to start as the black clouds form!

In Clubman we saw an equally close race to pole position, Polish Lambo took the pole with a time of 42.205, just fractions behind was JND Racing with a 42.260. A stunning qualifying session for Artifex Racing saw them take the 3rd spot in Clubman with a 42.270, fantastic to see the guys right in the mix in Clubman. SJ Lambo looked very strong in qualifying jsut missing out on the 3rd spot with a time of 42.318.

We were in for a very close race!

Chris McCarthy was back this round to conduct his famous grid walk.

As the green flag dropped it’s ABA Racing who lead the pack into the first corner closely followed by RPM 1 & Titan Motorsport who are all on the inside, Helicopter Services on the outside looking for space.

Disaster for Silverline Racing as they spin off on the first hairpin, Pelam are also caught up and a number of karts narrowly missing them.

Our biggest mover on lap 1 is HRS 2, gaining an incredible 8 places after the first lap. Artifex after their stunning qualifying position fall victim to an incident on track and drop 18 places!

Custom Rods taking a place from Spectre Racing, Custom Rods losing out on the start on the outside.

Lap 3 and there is a change for the lead, RPM Racing 1 take first from ABA in a closely thought battle. Lap 4 ABA Drop another 2 places as both HRS1 and Titan go through. Lap 5 Custom Rods briefly take Helicopter Services but it’s short lived and the Helicopter takes the place back – Custom Rods struggling for pace this weekend.

Lap 7 and there is a mighty battle for the Clubman Lead – JND Racing drop 2 places as overtaken by both SJ and Polish Lambo. SJ now in the lead and looking very strong.

Lap 9 and KA Racing take the place from JND, what a race! A real 4 way battle in Clubman, a couple of laps later Polish Lambo take SJ and pull through KA Racing for first and second in Clubman.

We saw quite a serious incident on the first hairpin invoiling Team JAM which resulted in them breaking their brake pedal – unfortunately it removed the team from any decent result this round. We heard from Team JAM over the weekend, Jason’s foot is a little sore but recovering is well.

Lap 53 and it is still a full on a battle for SJ Lambo at the top of the clubman class, KA Racing takes 1st from SJ, who takes the place back on lap 67 in such a closely fought battle. Less than a second separated the top 3 in Clubman after 68 laps! Lap 69 Polish Lambo take KA Racing for 2nd in clubman chasing down SJ Lambo. JND in striking distance.

In Super, another epic battle is raging between front runners, ABA Racing who are leading to RPM 1 in second and Helicopter Services in 3rd – all separated by less than two-tenths of a second.

Lap 99, Artifex after an incident on the first lap are pulling themselves up, now up to 21st place, taking two places in one lap. New team, Chess racing are in a very respectable 28th place, in their first race and Championship!

As the battles rage in both classes, we hit the pit stop window. 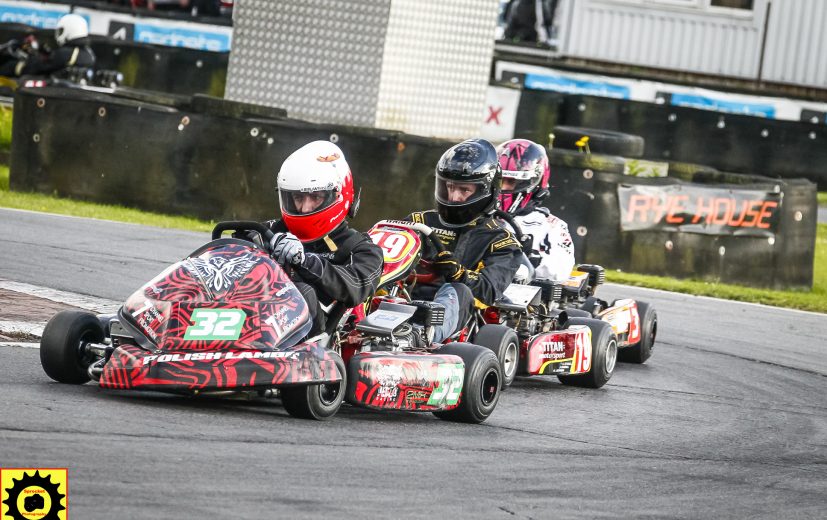 Despite both Lambo’s epic battles in the first half of the race and looking certain to do well this round, both Polish and SJ Lambo have to pit to fix their front bumpers – absolutely gutting for both teams which you could hear in Chris McCarthy’s voice over the Microphone. A real turn of pace for SJ Lambo this month, stamping their mark on the highly competitive clubman class.

Team Eyrie Also was black flagged in the later part of the race for overtaking on a yellow flag, once completing their stop-go they fall victim to a rear hub failure causing them to put again, taking them completely out of the race. Team CET and Chess Racing collide on the first hairpin, CET have to pit to replace a bent stub, but manage to get back out again.

The racing didn’t let up in the last hour. Piers Prior from ABA Racing jumped in the seat to replace Andrew Bishop who drove a fantastic middle stint – one of his best drives that we’ve seen from him, nominated as driver of the day by a number of teams. Piers job is to close down RPM1. As the clock is ticking down their is a real chance that he can do it – as the gap closes to less than 2 seconds in the closing stages of the race he collides with Amigos which puts him out of the race for first. A stunning chase from both drivers and a real testament to their race craft through the field.

In Clubman a battle is raging as Evolution chasing down Stickies in the closing stages of the race.

As the chequered flag drops the win goes to RPM Racing by just 7 seconds to ABA Racing who have to settle for 2nd. Helicopter Services take 3rd and Titan Motorsport takes 4th. A well deserved 6th place for JRH Racing.