Alex Armstrong from Pelam Racing, won the free Burton Power track pass in his own car gives us his account of the day

Last Tuesday saw Burton Power return to Brands Hatch for the final track day of their season. As the lucky recipient of September’s prize draw, I would be joining them. Having previously watched the now defunct A1GP there, this would be my second visit to the famous circuit, but my first time on it.

Moments after my name had been announced as the winner, the prep began in my head. I wanted to ensure I got the most out of this generous prize and was keen to avoid doing anything dumb. After all, you guys have seen my driving! Although the Indy layout at Brands Hatch is a “simple” track, I still wanted to arrive as prepared as possible. Like the nerd that I am, I dusted off the old Play Station wheel and started to put in a few laps on Gran Turismo. 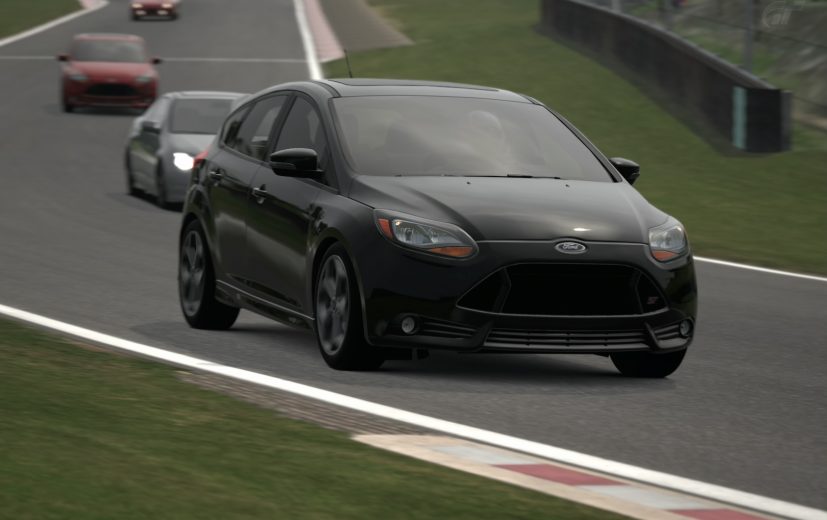 This would not be my first track day. Having previously been around Silverstone, I already had a good idea what to expect. As with the karting, preparation is key for a successful day, but a fair amount of it is common sense, checking fluid levels etc. So with a new set of tyres fitted and the jerry cans gently sloshing around in the boot, I set off early, not wanting to miss a minute.

After a warm welcome from the Burton crew and a little snoop around the neighbouring garages to see what other metal would be joining us out on track, it was off to the drivers’ briefing. The rules were simple and the instructions clear. Well marshaled events such as those organised by MSV are far less intimidating than you might think. After few sighting laps behind a pace car, the pit lane was open for drivers to join and leave the circuit as they pleased. I opted to start the day with a 20 minute lesson with a professional, in a bid to iron out any bad habits I may have picked up on the Play Station. For example, I now understand that smashing into the back of another car to “assist” with braking into the hairpin is frowned upon. Even if you are an experienced track day driver, the tips that these pros can offer you is well worth the £25 in my opinion, particularly if the circuit is new to you.

Although we had been greeted by grey skies and a damp track, as the morning wore on a dry line quickly appeared as the weather improved. Several brave souls joined me as passengers for a few laps around the legendary track. There was almost no screaming, but they did sometimes resemble bobbleheads as result of my less than silky skills. Brands Hatch Indy layout is a great little circuit. Paddock Hill bend is well known as one of racing’s best corners, but they all have their charms and challenges. I personally found Graham Hill to be extremely satisfying when you hit it sweetly. In truth you are rarely driving at maximum attack. Timing laps is strictly prohibited, so it makes little sense to be driving constantly at ten tenths, particularly in your daily-driver. Instead I built up slowly as I tried to improve my lines and just simply enjoy the experience unrestrained by speed limits. Some people however were pushing a little harder…

The cars on the day were diverse, from stock road cars like my own, track day toys such as Carterhams, going all the way up to stripped out racing cars. Three of the vehicles hammering round would have been familiar to you all, having previously been RHPK pace cars: Joe’s Focus ST, the Burton Power rally Escort and the mighty Kermit. All of whom were among the many drivers happy to give passenger rides to anyone with a helmet and the stomach for it.

The smell of tortured brakes hung in the air as the track closed for lunch. Burton had very kindly laid on a spread to rival even Polish Lambo’s best efforts. With engines cooled, stories exchanged and stomachs filled, everyone was itching to get back on circuit. 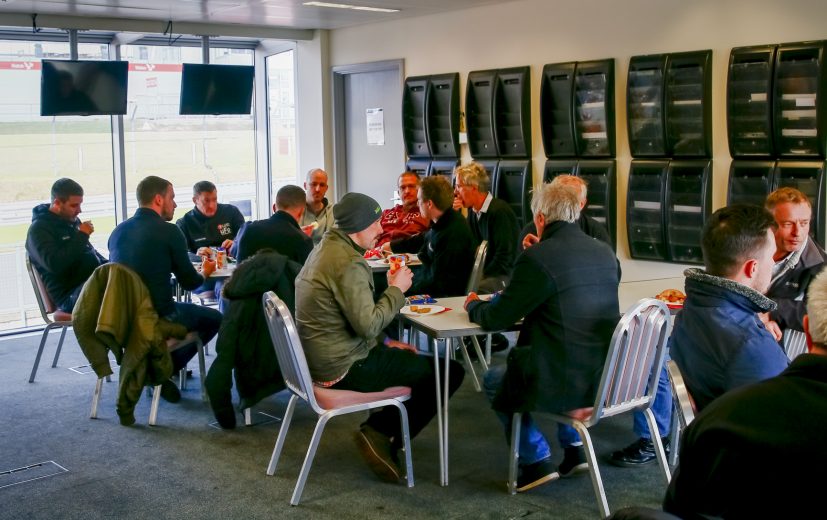 On my first track day I remember being genuinely concerned that my modest ST was going to be something of a rolling road block, akin to the “Trulli Train”. The reality is people only drive as fast as they are comfortable doing, so I was soon passing others, in no small part thanks to the confidence gained during my tuition. Overtaking is by consent only, as racing is not permitted. However it is difficult not to try and keep up with someone having just let them through.

To further assist the traffic flow, Brands Hatch were also operating Blue flags to help alert drivers who maybe too focused on the next corner to realise they are holding someone up. With his subtle paint, I suspect no one needed to be shown the blue lights when Kermit was looming large in their mirrors. A deficit of just over 180 bhp meant I was no match for the luminous blur. As we entered the main straight, Andy would open the taps and simply disappear. 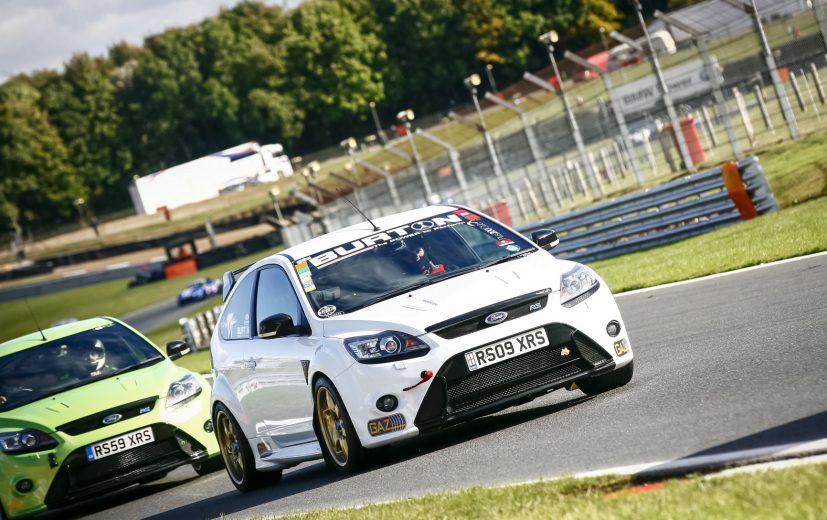 There were only a couple of slightly bum tightening moments; these were due to brake fade, brought on by enthusiastic driving and wanting to do just one more lap. The result was to arrive at Paddock Hill bend a little too hot, I would then need to hang it around the outside, but this only added to the rollercoaster like nature, and the smiles.

A big thank you must go to all at Burton Power for putting on such a great event. I cannot recommend a track day highly enough. If you drive any kind of performance car it is a fanatic way to fully enjoy and explore the limits. You will likely find that your vehicle’s capable of much more than you would have expected. And if things do start to get out of shape, you have the space to safely learn how to rein things back in and avoid the overreactions brought about by a lack of experience. I for one thoroughly enjoyed stretching my cars legs. If only I had more power…