Wow guys.!.., what a race, what a show, real drama and excitement for our first televised round of the RHPK. I do hope the Motors TV cameras captured the spirit, ethos and close racing family feel embrace of this fabulous event. The build-up, the preparations and enthusiasm was incredible. Well done, good job, to you all that took part.

I can’t praise and mention enough the work and efforts of the key people that made this all happen – Mark Beaumont, John Huff, Kelvin Nicholls, plus all of the Rye House team of staff and marshals. Their promotion and management has been simply amazing. The support of the regular RHPK pro kart teams and newcomers has been well applauded on the media channels.
The Rye House Owner Drivers Pro Kart Championship has always been a very popular fixture on the UK karting scene. The TV coverage will only confirm to a wider audience how good RHPK is. With or without the TV cameras, this always has been a fantastic racing series to be a part off. 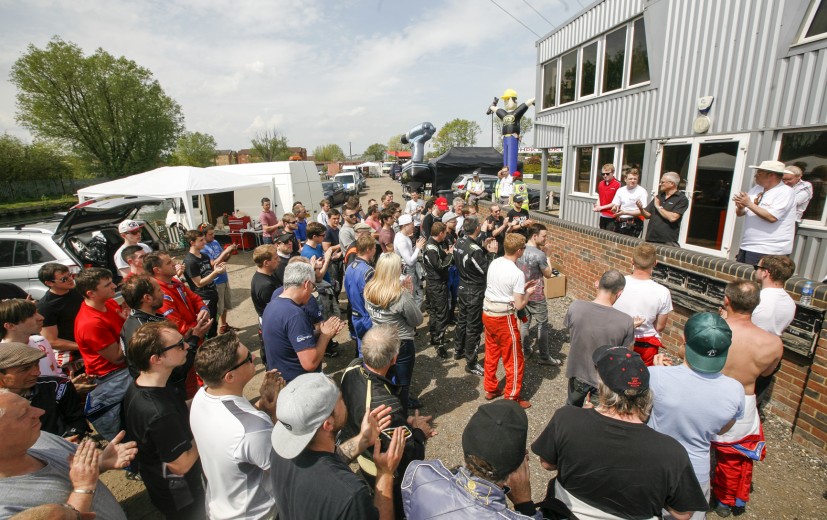 Drivers briefing in May

Burton Power Performance one of the series sponsors that has backed and financed the televised round. The support provided by Andrew Burton and Kevin Hubbard of co-sponsors ITS Tools is immeasurable. Andy Burton the driving force behind the Burton Group, whose family business has supported grass roots motorsport for over 50yrs, knows how to back a winning race series and drivers. He is also responsible for introducing RHPK to racing legend Barry Lee.

The four times Hot Rod World Champion, British and European Rally cross champ, Eurocar, Trucks and Paris Daka driver was regarded as Britain’s most versatile racer. It was Murray Walker that gave him the moniker ‘Leapy Lee’ during early TV broadcasts of Rallycross. I first watched Barry in Ford Escort Hot Rods with Burton Power Performance Livery before I was even into double figures. I won’t say how long ago that was, as it will make me feel very old and ‘Leapy’ almost a national treasure. He raced against my father Chris Griggs on the oval tracks, and also with the likes of Mick ‘Duffy’ Collard, George Polley and another ex-oval racer Leon Smith – owner of the mighty Helicopter Services Team. Barry’s commentary and showmanship during the race was superb and a real asset to this event. 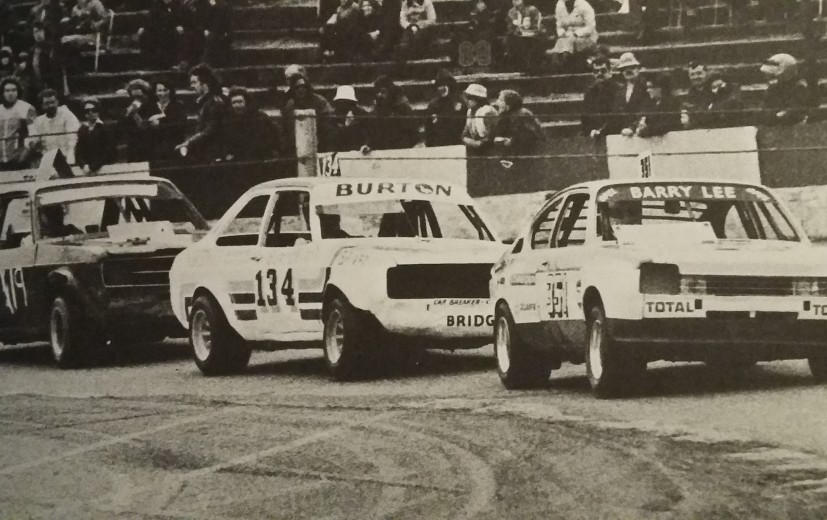 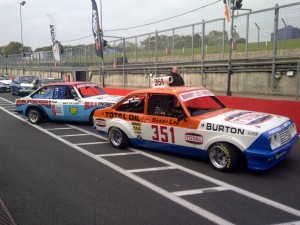 You really couldn’t make-up this story of success that we currently enjoy at RHPK. All the elements of that success have evolved through hard work, dedication and enthusiasm over the last few years to where we find ourselves now – We are in, The right place at the right time, I still have to pinch myself that it is happening.

I dreamt of being a racing driver when I was a kid, following in my fathers and hero’s wheel tracks. I did enjoy some racing success in my teens and early twenties but due to a lack of funds at the time, retired from motorsport before I had reached my full potential as driver.

The gap of 23 years between my last single seater race at Brands Hatch in the early nineties and taking-up kart racing at Rye House is an enormous passing of years. Where has the time gone.?. if my life was one long race, I’ve been setting fastest laps, each and every year.

Once racing is in your blood, it is a difficult itch to scratch. Hence the reason why I’ve probably tried to fill that void during the gap years with taking on dangerous and hazardous jobs in heavy engineering industries and working at height with industrial chimney systems.

Motorsport is dangerous and the hazards are a major part of its appeal. I think race drivers, myself included must be some kind of control freaks. The need for speed and the challenge to contain that speed within the tyre walls and barriers of a circuit, whilst at the same time, trusting in the skills of your fellow competitors as you race against each other to the chequered flag is incredibly addictive. Winning a race is the best rush of all, scratches that itch and quenches the thirst.

I feel very lucky to have a second chance of racing again after all this time, re-living boyhood dreams at RHPK has been an incredible journey so far… the past connections and links with Burton Power and oval racing is pure coincidence – right time, right place – and for me the icing on the cake.. I hadn’t seen or spoken to Barry Lee or Leon Smith for 30 years…. I’ve had some brilliant racing this year with Elliot Mason from NMA, my biggest rival, I hadn’t seen Elliot ‘Scamp’ since he was very young. His Dad Nick Mason was a Hot Rod suspension guru back in day and we worked closely with him developing the Lotus Sunbeam Hot Rod, His Uncle Pete used to do our engine rebuilds. 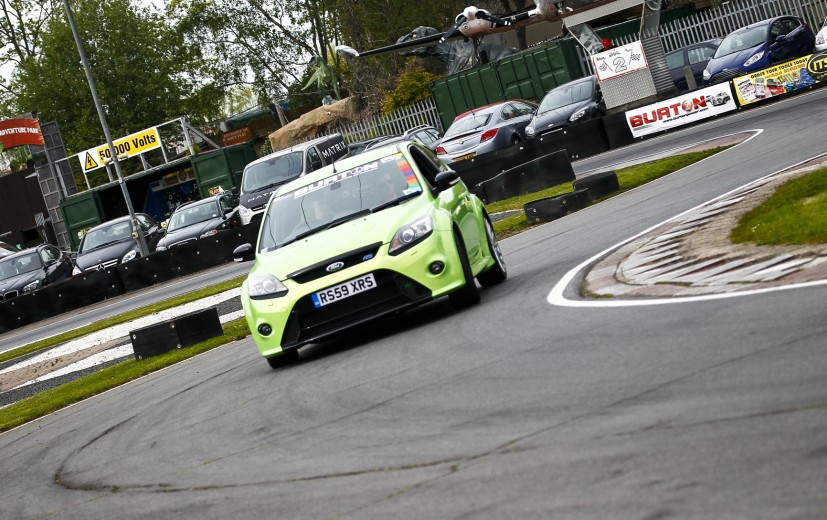 As for Burton Power, a motorsport name that goes so far back into my history and memories. I just about remember all those years ago Andy and his brother Trevor as the young sons of Steve Burton the engineering entrepreneur that found huge success in the 70’s developing and supplying Ford race engines for oval, circuit and rallycross cars. But unlike many of that era, Burtons ploughed money back into motorsport through sponsorship. The ‘Win on Sunday, Sell on Monday’ ethos works as well as always. Still to this day, Andy and the Burton Family continue to support many forms of racing including our Prokarts at Rye House.

The feelings and emotions for me sitting on the RHPK grid in clubman pole position in a racing machine stickered-up in Burton Power Livery was incredible. With Barry Lee, a childhood hero I use to watch in Ford Escort race cars in the same livery, commutating over the tanoy. Plus with his son Freddie Lee parked along-side on the grid, having only just out qualified me by a few thousandths in Superpro. Also with rival Elliot Mason slotted directly behind and I’m certain, Leon Smith keeping a beady eye on proceedings from somewhere. It was defiantly one of those ‘Living the Dream’ moments, a dream of nigh on forty years, to finally emerge as a reality. Thank you Rye House and Burton for your part in making this happen.

Rye House kart Raceway and the Pro kart Championship is the house where dreams can come true.
Good luck to you all for the rest of the season. I hope you get as much out of this experience as I have. To any newcomers thinking of joining the RHPK series, don’t delay – This is the right time, right place to be for history making, record breaking, kart racing – at its best.