As some of you may be aware, it has been pointed out since the last round that a few teams seemed to be having issues with their transponders picking up reliably. It was suggested at the time that this was caused by a problem with the timing system and therefore these laps should be credited back to the relevant teams.

Following a detailed investigation of the problems and the circumstance surrounding them, we have unfortunately concluded that we will NOT be crediting any laps/points lost due to these issues, for the following reasons.

Having reviewed the lap-times for round 2, it is clear that a few teams have ‘missed’ laps.

Following this and, more importantly, the suggestion that it may be the timing system at fault, we have spent the last few weeks investigating these issues to try and get to the bottom of the problem.

Our first step was to do a complete inspection of the timing loop, the decoder and all of the relevant wiring. We found no obvious problems with any of the above, and noted that its performance has been consistent throughout the year. We decided to replace it anyway on the off-chance that there was an issue that we hadn’t noticed. Having done so, and tested it before and after, this made no difference in its ability to pick up multiple transponders. 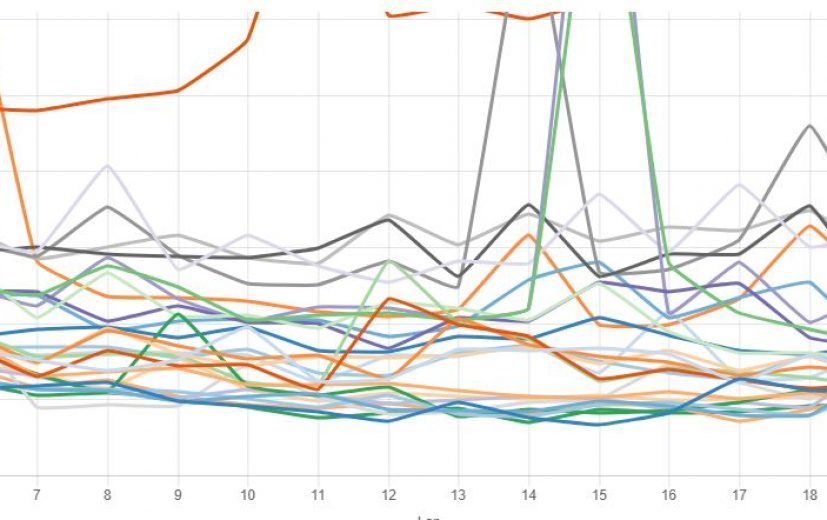 Having ruled out any issue with the timing system, we had to consider that the problem may have been caused by weaker transponders. We contacted Alpha Timing to review the signal strength of all transponders on the day.

Without examining each kart individually under parc-ferme conditions, it is impossible to say exactly what causes a weaker transponder signal. It may be where the transponder is mounted on the kart, it may be the orientation of the transponder on its mount (the yellow AMB/MyLaps transponders are designed to be mounted vertically, with the base of the transponder pointing downwards towards the circuit), it may even be an old/faulty transponder.

RR20. – (Transponder holders) must be securely attached to the kart with lock wire or cable tie(s) and at least one bolt, which should go through the hole in the closed end of the holder. Holders must be attached to the back of the seat.

In at least one instance, this was not the case and the transponder was mounted sideways underneath the Nassau panel.

We have also tested how much of a difference this makes. Mounted the correct way up, on the seat, we averaged a signal strength of 149. When it was cable-tied underneath the Nassau panel, we could not achieve a signal strength higher than 104.

Issues with transponders were not isolated to Round 2, with teams having problems in both Round 1 and both races of the Winter Cup. In all cases, these were teams with weaker transponders, and whilst this does not necessarily mean guaranteed problems, a consistently weak transponder obviously makes problems far more likely.

The R&R’s also state; SRR3. – Drivers/teams should be aware that there is nothing the circuit can do about laps/time lost as a result of a transponder failure during qualifying or race.

As far as we can see, this is an issue caused by individual teams transponders, and therefore, as per the Rules & Regs, not something we can or should account for.

Rules & Regs aside, we also don’t believe that it would be fair to re-instate any laps/points for any previous races as, without having inspected the karts/transponder locations in detail for all teams concerned at the time, we cannot rule out that the problem was caused by the transponder being mounted poorly, or being faulty.

We, unfortunately, feel as though this issue has to be dealt with 100% “by the book”, and is therefore no different to any other mechanical failure for which any time lost would NOT be credited.

For reference, we have put together a table of the average transponder strengths based on the lowest/highest from Round 2.

Regretfully, we understand this conclusion will not satisfy all parties, however, as the venue operators, we are absolutely satisfied with the extensive level of testing and investigating we have carried out in order to resolve the matter. We will be working with all those teams affected in Morning Testing 2 where the timing system will be running and teams will be able to ensure they meet the minimum signal threshold.

Lastly, we thank you for your cooperation and trust that all teams respect this decision.