After 9 RHPK 2017 rounds, there is still one round that sticks out in my mind more than any. Every aspect of why we spend all of this money, putting your body through an hour and a half workout, the heartache of a DNF due to a mistake, failure or just plain luck, all written off as the chequered flag drops.

September 2017 started with some very changeable weather, the sky looked dark and weather reports were indicating rain. As qualifying started we saw no less than 33 teams start the 30-minute qualifying session to get their lap in before the expected downpour. The rain never came and as a result one second separated 1st to 28th place.

The race started dry, but lap 17 saw a downpour. The expected rain started. Many teams including Artifex Racing, Polish Lambo, JRH Racing, Silverline Racing, APLToo & KA Racing came into the pits to change to wet tyres. The rest would stay out braving the conditions.

It rained for just 11 laps and then started to dry. Rapidly. With next to no standing water on the track, those on wet tyres would soon diminish – resulting in a further pit stop to change to slicks. These split decisions had started to shape the race.

If we look over to all of the rounds prior to September you will see that SJ Lambo had been on the receiving end of some rather bad luck. A number of mechanical failures & some costly mistakes had seen them miss out on some serious championship points.

Back to September 2017 18:45, SJ Lambo are in second place and are chasing down JND Racing as they are just about to pit. Every corner, every overtake counts to either jump JND Racing in the pits or to be in a challenging position on track.

JND Pit and just come out in front of SJ Lambo. With less than 40 laps left, it would go down to the wire.

15 minutes left, JND lead Clubman, SJ Lambo 2nd by just 0.5 of a second. A number of eyes from all over the pits were on the two teams in the closing stages of the race. 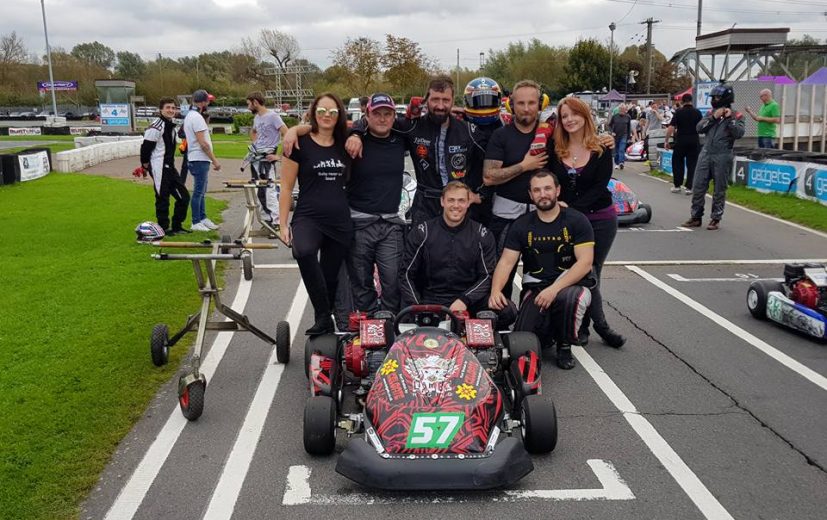 I went over to Nick Divers from SJ Lambo who was standing on his own in the pits closely watching the battle. He was very quiet and nervous – could SJ Lambo actually pull this off? Darrell Lowe had hunted down JND Racing, who was inches in front of SJ.

Nick was fully aware of what was on the cards, I told Nick to give Darrell some support on the comms, telling him his lap times against JNDs each lap and where Darrell looked stronger on the track. JND had driven an immaculate race so far and was defending in all of the right places. 5 minutes left on the clock. You could really feel a sense of tension in the air, pretty much everyone was watching this battle – I’d completely forgotten about Custom Rod’s race and how well Steve was doing, my eyes were fixated on JND & SJ Lambo.

4 minutes left and a couple of failed attempts to take JND for the lead on the outside of hairpin two you could feel Darrell’s frustration and neve’s on the comms – I don’t think Nick responded for a while in sheer anticipation.

3 minutes left on the clock and Darrell lined himself on the outside of the second hairpin, this had happened before a couple of times but had been blocked by the mighty JND – this time, Darrell went for the undercut, he had done it and took the lead before Pylon. Despite being inches away from each other they would not touch in the slightest. 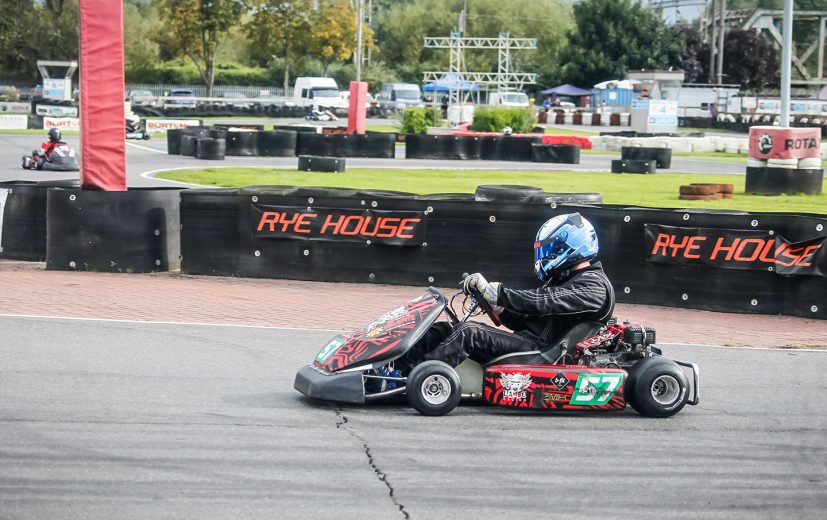 Jaunius Zukas, JND Racing would remain hot on the tail on SJ Lambo’s kart, ensuring the slightest move off line would result in the place being handed back. Both Nick and Darrell would remain silent on the comms in what must have been the longest 2 laps of their lives until the chequered flag dropped – they had just won their first race of 2017 but more importantly, their first race as SJ Lambo.

In light of their terrible luck streak that had been plagued with since the season started, the team saw themselves on the top spot of the leaderboard in Clubman. Not only had they made the right decisions during the race but stunning driving from all earnt them a well-deserved win.

As Darrell parked his kart up in the pits he leaped up, ran over to Nick and both had the biggest man hug you had ever seen – simply stunning. You could really see how much this had meant to them as a team. It brought back that feeling of this is exactly why we do what we do and why you never, never give up on your dream and passion.