Motorsport Legend, Barry Lee commentated on the entire race in May, we’ve had so many positive comments about him and his work throughout the race, so the RHPK team asked him a few questions… 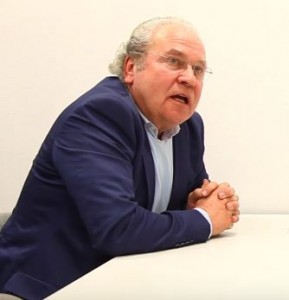 Did you enjoy it? How did you think the day went?

I had a great time. Over the years I’ve commentated on many events but this one had a real friendly feel to it.

I was impressed with the way the day ran, the facilities and the focus and enthusiasm of all the teams. There were a lot of happy faces at the end and with so many people attending the awards presentation I think it shows the series has something special.

What was your highlight of the day?

A: It’s hard to pick one as I enjoyed it all, but my heart did go out to the Helicopter team with the incident so close to the end of the race.. but that’s racing.

What was your best team interview during the race & why?

They were all good and answered my questions the best they could. Some were a little better prepared than others but it’s not easy to answer questions when you have a mic put in front of you.. I’ve seen really chatty drivers clam up when the mic appears, hard to believe I know but even I have had the odd brain fade over the years.

I would have loved to have had a radio mic and done a walk about in the pits and got all the team members involved.

So, let’s talk about Burton and the ITS Teams… DNF, Engine’s on in the pits…

The rules are the rules and everyone knows them, so I think ITS need to improve on their pit-work and organization if they want to get placed higher.

And there is nothing wrong with the Burton team that a bit of tuition and practice wouldn’t sort out.

Since you’ve been down for a couple of rounds now, what do you think of RHPK as a Series?

Its Excellent, don’t undersell it, you have a great little series here although I do think it could benefit from a working committee made up of drivers, team managers, mechanics and a RHPK official to keep it going in the right direction.

Will you be back to commentate another/future rounds?

Well I certainly enjoyed it and I think people felt I added something to the day but it’s down to whether Rye House would like to talk to me and I hope we can come to some arrangement.

Any words of wisdom for any of our teams at RHPK based on your experience in MotorSport?

All the teams turned out nice clean carts, and presented themselves well, let’s hope the TV coverage does justice, but where they go from here is dependent on where the series goes. If future rounds are going to be televised then it gives all the teams an opportunity to look for sponsorship which would mean them stepping up their game.

But if I had to give words of advice I’d say:

Have a clear objective and strategy for each round,

Leave speed and aggression on the track not in the pits or on the roads.

The day you stop enjoying it, stop doing it.

Motorsport is a drug, make sure you don’t overdose!

Barry Lee May Round 3