I had an interesting conversation with Richard Johnson of UFO engines while waiting for the race to start recently. I began by asking him what oil he uses in his engines, fearing that he might not want to reveal such info, or perhaps that he was using some exotic blend. He was quite clear in his reply though, that he uses only off-the-shelf Joe Gibbs KRT 0-20 fully synthetic racing oil.

There are some precautions to be taken however. This oil must not be mixed with any other, so meticulous cleaning of an engine is required if changing over to this brand, not a single trace of any other oil, additive or contaminant must be present. He always uses 475 mL in an engine (which is half a bottle) but offered words of caution when checking the level.

Using the dipstick the oil level will be half way up the dipstick (screw the dipstick fully in and then check), and the engine must be level when checking using this method. He added that you need to be wary if the kart is on a trolley and you are checking oil levels, as the trolleys are very often not level themselves. As this oil is lightweight and the engine is only splash lubed, using anything less than this amount will almost certainly result in damage to big end and quicker wear of the bore, pistons and rings. Richard recommended changing the oil every race, if you can afford too, leaving it in for longer periods can turn out to be a false economy. He also emphasised that oil changing is, in itself, a lengthy process if you want to be sure you are doing the best you can for the life and performance of your engine.

Richard suggests the best process is to run the engine for a few minutes first to make sure the dirt and wear particles are thoroughly mixed in to the oil before draining. This is very important as, if it is not done, most of the dirty sediment will remain in the engine and you will be pouring fresh expensive oil back on top of a dirty layer of oil, which will contaminate the new oil. Remember, there is no filter in this lubrication system so any wear particles present in the oil will cause more wear, and that’s why the oil needs to be changed so frequently. One last observation from Richard? After a full wet endurance race it’s usual for the oil to be contaminated with water. The oil will appear to look almost like milky coffee. It must be changed as soon as possible as certain components inside the engine are prone to damaging corrosion when water remains present. So clean out the engine and change the oil ASAP! 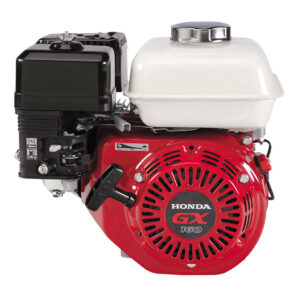 Interesting words from Richard and you know, it got me thinking what an amazing engine the Honda GX 160 actually is. First of all, it was designed to rev to about 3,600 rpm, so we are using it at almost twice its designed rev ceiling.

Then, we are adding only about 80% of the oil recommended for that engine, and we are using it in a very dynamic environment, with plenty of vibration and opportunities for oil surge and starvation, in an engine designed for static usage only. Think on those things next time your are flat through Stadium!