Sadly, at the last two rounds teams have incurred penalties following weight infringements. Penalties are issued by the Clerk of the Course in line with the list of penalties laid out in the regulations. The penalties might seem severe and indeed perhaps they are, but they are made that severe to discourage drivers and teams from falling foul of them. This is nothing new, that list of penalties has remained basically the same since I first wrote them back in 1998, so there really is no excuse for not being aware of them, or the severity of them.

You must understand that the Clerk takes no enjoyment out of spoiling someone’s race day with such penalties; on the other hand if penalties were not given on every occasion they were warranted, then the comments of favouritism etc. would soon abound. 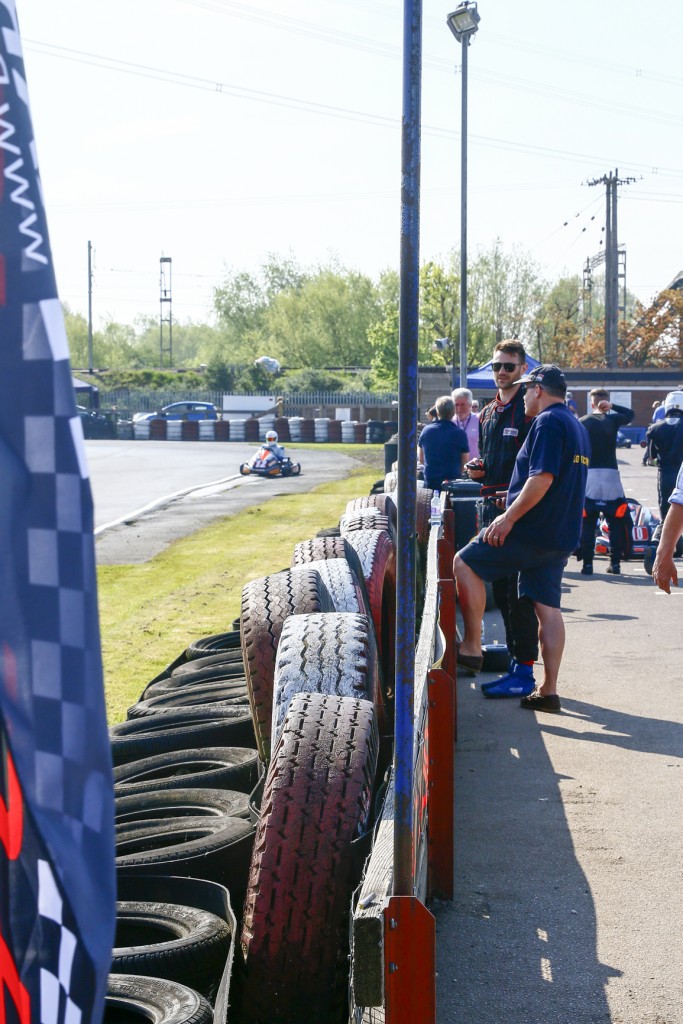 There are two main issues with weights. Not having everything secured, and leaving the race circuit underweight.
I assume that not having weights secured to the kart is pretty obvious? Nobody wants to run into a chunk of lead lying in or flying across the circuit! And, to be clear, sitting on ballast does not count as being secured! If you have any doubts about fitments, read the regs or talk to the scrutineer.

Coming in underweight is something that really shouldn’t happen, unless you have lost some ballast (or a kart component) out on the track. Weigh your kart dry, with the driver in all their racing attire. Remember that during the race you will lose rubber from the tyres, material from the brake pads and maybe perspire yourself, that is all weight that will not be there when you return to the pits, so allow for it! I would suggest go for at least 183 kgs in this dry condition, and don’t forget that wet tyres weigh less than slicks, so if the conditions are changeable it might be worth adding a little extra in advance, rather than giving yourself another job when fitting the wets in race conditions.

It’s easy to claim that the scales aren’t accurate, or variable. The truth is, any circuit running MSA events (and Rye House does), must have regular calibration checks and I have seen the current certificate for Rye’s scales. (It’s the same for me, I have to carry current calibration certificates for the tools I use to measure your engines).

You must also consider that scales measuring in half-kilo divisions (which is the norm for scales of this type, and Rye’s are such), are never truly accurate! Whatever weight you are, the scales will round up or down (depending on the manufacturer and type) to the nearest half or full kilo.
For example: Driver weighed and scales indicated 70 kilos, he might in fact only be 69.7, perhaps. Similarly a kart weighing 109.7 would probably indicate a reading of 110 kilos. So you might assume from the readings that driver and kart together would weigh 180kilos. However, the combined correct weight of kart and driver would be 179.4, which would be indicated on the read-out as 179.5.

I also think it is too easy to be led by stories you might hear about a full-blooded race car. Every kilo of fuel is the equivalent of so many parts of a second of lap time. I know that to be true, but our karts have the aerodynamics of a house brick, and the odd kilo here or there will not unduly affect your lap times.
Get your weights sorted and let’s not have any more problems this year!

Kelvin – When do we race?