That is to say, it must be securely into the rocker cover and around the stub coming out from the airbox. Qualifying or racing with either end disconnected is a fail at scrutineering! 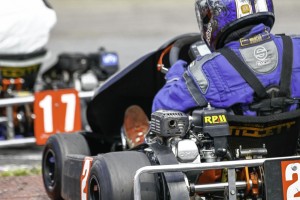 At the weekend I was talking to a newish team, who wasn’t sure how to distinguish T1 and T2 engines.

I also compile the Honda Cadet website HondaCadet.co.uk which has some useful downloads on it, and I aim to add more.

The latest version of the Honda engine regs is there, as is an easy-recognition chart to spot the differences between T1 and T2 engines. You might find the carb-flow diagram of interest too! Downloads is under the “Technical” heading.

Talking of technical regs, there will soon be an updated set of engine tech regs for this year. Nothing in the changes should cause you any alarm, if you have built your engines in accordance with the rules. It is just tidying up a few loose ends, part numbers which have changed, that sort of thing. Looking forward to the May meeting!