NMA Racing (formerly Roper Racing) have been around the series since 2014. With no karting experience between them they initially bought a prokart to play with in owner driver test sessions. In 2014 they attended some of the pre-race practices on Saturday mornings and soon wanted to try their hands at racing. In 2015 they participated in most of the RHPK season, with their best result being a 2nd place (Clubman) in July amongst other podium finishes.

With improvements made over the winter, NMA Racing are hoping to be competing towards the front of the Clubman championship this year.

Mark describes some lessons learnt since they started karting… 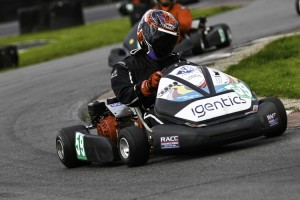 Roper Racing back under NMA Racing in 2016.

Driver line-up
The current driver line-up for this year consists of Mark Roper & Adam Roper, however they are on the lookout for a third driver to join them for the 2016 season. If you are interested then contact Mark on 0781 797 2694 or contact him via the forum.

We look forward to seeing NMA Racing in March potentially with a third driver, a Clubman team to lookout for!