Lambo Racing’s Team Manager, Geoff Lamb has confirmed he is entering a second team this year. The Team will be called “Polish Lambo” featuring an all Polish team! 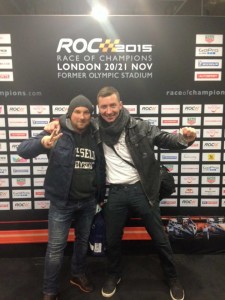 The driver lineup will feature a two man team, Greg Pawlik & Philip Filipiak. Both are no strangers to RyeHouse or the series having raced in the various Ryehouse hire Championships such as the Senna and Lotus Cup.

featuring an all Polish team!

Greg Pawlik has been karting over 20 years, mainly indoor tracks within Poland. He joined the RyeHouse Championships 8 years ago and since then has been converted to outdoor tracks. Philip Started his karting adventure 2 years ago and has been racing in the Ryehouse Hire series ever since.

This will be their debut year in Owner Driver ProKarts. Greg explains they have a vast amount to learn and their aim is to finish in the top 10 – Clubman in 2016. They are both in great hands under Geoff’s team.

Look forward to seeing the new team on the grid in March. Another team to keep a close eye on in 2016!