After the success of the RHPK 2017 opener in March, the highly anticipated second round of the Championship opened it’s phone lines to a barrage of teams trying to get their place on the grid. We ended up with yet another capacity grid of 36 teams.

This month we welcomed back a couple of RHPK teams which we’ve not seen for some time. Stickies, Richard Hawcutt raced in RHPK back in 2002 and Team GKD who previously raced at RHPK in their first full season back in 2013, where they finished a very respectable 12th place overall in the Super class. 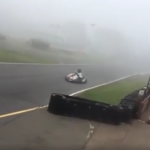 Morning Practice opened up to a very foggy track, the weather report looked promising for the day – expecting over 20c.

The fog cleared before the end of practice 2 leaving a perfectly clear sky which would continue throughout the race. The track was full of surprises, during the day Sammy Venables, Artifex Racing came across a couple of ducks who decided to take a walk on the track on Stadium – a first for RHPK!

Commentating this round was Alex Goldschmidt. Alex has recently been reporting on DTMs. He’s a Commentator for Downforce Radio and commentates on BRKC, run by Brad Philpot. This year Alex will be commentating on DMAX. 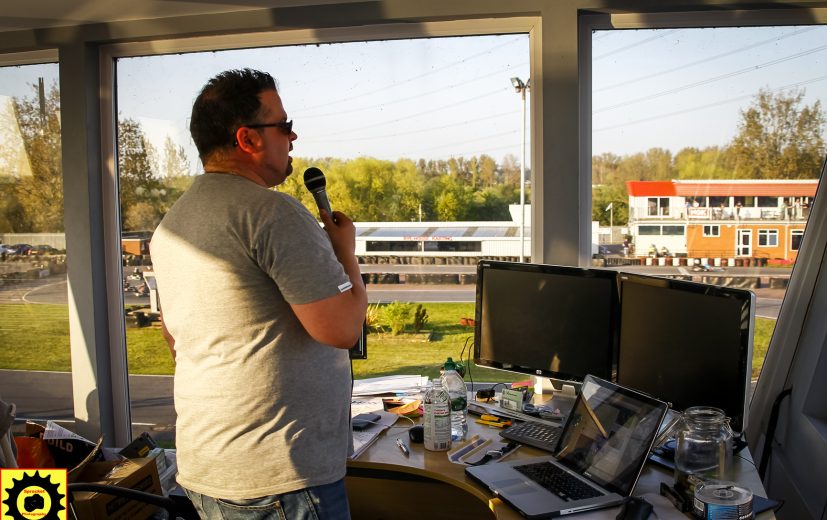 Unfortunately, the planned Jedi MK4 pace car for this month had to be canceled since it was damaged on track on the run up to Round 2. We expect it will return in the upcoming months to demo around Ryehouse. Jaunius Zukas from JnD Racing managed to source a worthy replacement on the day at such short noticed – a very special BMW Drift car.

This month the Saturday Sausage Fest was cooked up by Stephanie Lutteridge’s uncle Bob and Dad, kindly sponsored by JnD Racing and ZJ Racing for all of our RHPK teams to enjoy! 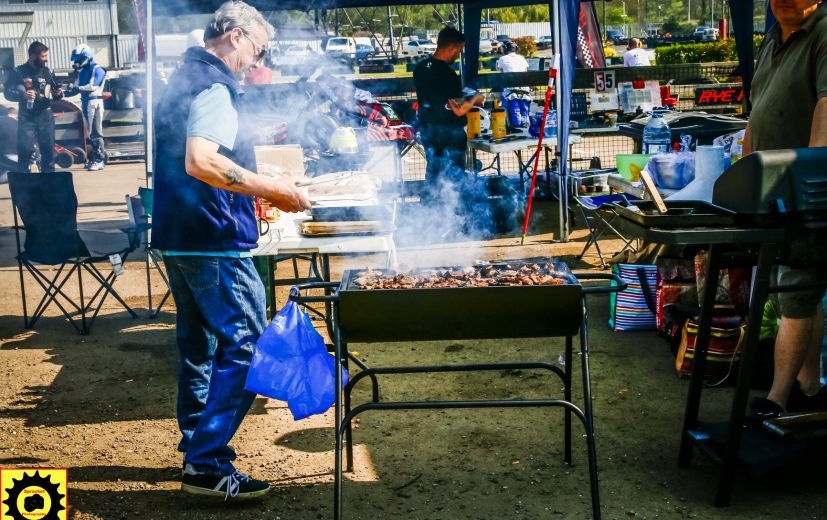 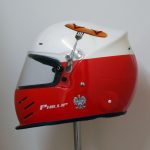 Phil Lip from Polish Lambo will be sporting his new Sausage themed Helmet this month thanks to the support of the RHPK paddock.

Round 1 saw an interesting turn of events for Polish Lambo which resulting in a damaged helmet. Shortly after the event, Jose Carlos Ettwein from SJ Lambo created a Go Fund me page which raised an incredible £250. Phil agreed to have a sausage-themed Helmet as a tribute to the sponsors. It was issued to Phil in drivers briefing!

You can read the full story here…

Once again qualifying was incredibly close. The top 10 separated by less than half a second. This month Custom Rods put in a fantastic lap time early on in the session, a lap time of 41.388 secured them the pole. Helicopter Services just 0.112 behind took the spot alongside them on the grid and round 1 pole sitters, ABA Racing took 3rd followed by RPM 2.

In Clubman Team Eyrie Also took an incredibly close Clubman pole position with a 41.979 to Amigos 2 who were just 0.012 behind. Polish Lambo took the third spot in Clubman between a number of supers. LR Racing took 4th spot with a time of 41.165.

Clubman Round 1 winners, March Racing were in 5th. Super Team, JRH Racing who looked strong last round could only manage 18th on the grid, their direct rivals – Team JAM outpacing them and taking 9th.

Alex Goldschmidt carried out the grid and was our commentator on both the qualifying session and race. 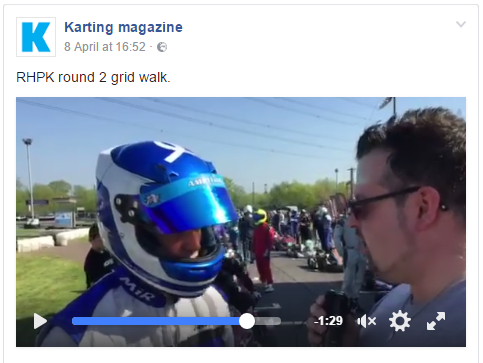 As the green flagged dropped Custom Rods lead the pack into the first corner, but not for long – Piers Prior from ABA Racing manages to find space and takes the lead. RPM 1 & 2 closely behind, going into the hairpins. Coming through to complete the second lap RPM 2 & Helicopter Services take Custom Rods for 3rd and 4th place.

In Clubman it’s the newly formed Amigos 2 leading the pack to Polish Lambo in second. KA Racing – without a doubt, a team to watch this year, jump 4 spaces in the first lap to be hunting down Polish Lambo for 2nd. Team Eyrie Also, despite their Clubman pole drop 10 places on the start and drop down to 22nd.

The biggest mover on lap one goes to NMA Racing who jump 5 places.

Lap 3 Amigos take Custom Rods for 6th place. Amigos suffering a number of issues in Round 1 appear to be coming back strong than ever. Team Karting Magazine currently in 12th place on their brand new chassis.

Lap 11 Team Karting Magazine look to be pulling themselves through the field. Matt English is now 8th place after taking Custom Rods who are now 9th.

In Clubman it is a three-way fight between Amigos 2, LR Racing and Polish Lambo.

Lap 14, disaster strikes for Polish Lambo. Before the race, the team had trouble starting one of their engines just as the grid was about to set off on the pace lap. They managed to finally start the engine to make the start. The team is crawling around the track to pit losing 17 places and ruining their chances of a podium spot this month. Such a shame for the team as they were the ones to watch after their strong performance last month.

RPM 1 incurs a penalty for driving under the limbo bar, unfortunately, removing them from a chance of a podium this month.

A number of teams fall victim to mechanical issues. Team Jam losing a wheel bearing just outside the pits. The team looked so strong towards the end of the race. RPM 2 suffered a stub axel. Clubman R1 winners, March Racing also suffered issues removing them from contention.

In Clubman JnD Racing take the win over a mighty quick Team Eyrie Also this month in second. KA Racing take a fantastic 3rd place – a stunning result for the team who looked quick last month. Burton Power Racing takes the 4th spot and an incredible drive from both Wayne Edwards and Josh Harrison in Evolution to take a stunning 5th place on the podium!

Evolution had some bad luck on the run up to Round 2, also a last minute step in from Josh as Paul Allan was unable to make it.

SJ Lambo just missing out on a podium in 6th place, their best result so far – no doubt we will be seeing the team on the podium this year. A notable mention for Artifex Racing who all drove well to take 7th just behind SJ Lambo.