We are excited to announce the confirmed date for the Round 1 – March show on Motorsport.TV Also, the production company have provided us with a small taster of the show.

Not only are we being broadcast the day after Round 2, but at prime time for the channel. Please set your recorders!

The broadcasting company have been able to secure an additional broadcaster for the programme, with Motor Trend on Demand – a

massive online automotive channel. MTOD has been huge in the USA for a number of years and is now being heavily promoted in the UK and Europe. They have over 4.8 million subscribers to their Youtube channel, so this will enable the RHPK series to tap into a big online audience. Motor Trend on Demand covers a wide variety of high profile championships, including British GT, European Formula 3, Blancpain GT, the DTM and highlights of the BTCC, as well as a number of its own hugely popular original automotive series.

Although not officially launched in Europe as yet, it will be very, very soon. We have no confirmed date but RHPK will be on there in the next few weeks!!

Big thanks to the production company for uploading this so quickly, enjoy! 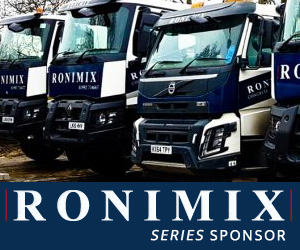