In RHPK we have a wide spectrum of teams all the way down the grid. From those just starting up, to seasoned pros. Just recently we’ve had a number of teams asking if there are any second hand tyres available.

I’ve been speaking to a number of Super teams about a completely optional proposal which can be introduced to the series which actually makes alot of sense.

We are aware of a number of Super/top end Clubman teams who get through a number of tyres throughout the season. Some teams will be re-using them for practicing or even binning them despite having a number of hours left in the tyre.

We are proposing a completely optional (either side) tyre buy scheme 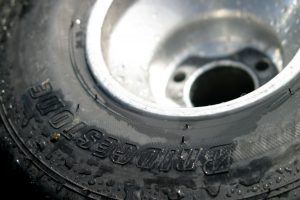 – Highly dependent on the teams willing to participate.

All Teams have the ability to sell their tyres to a Clubman team.

Just an example of pricing. All tyres will be fully inspected by the buyer before handing over any money. Buying & selling can take place just after drivers briefing.

It’s a win – win for both sides. The team selling receive money to put to new tyres, the team receiving the tyres get a decent set for a fraction of the price.

As previously mentioned – it will be completely optional, no changes to the season will be made other than the ability to buy/sell on the day.

If your interested, either buying or selling please click below and fill out your team name and option below…