Kevin from ITS Racing gives us an update on their lineup for 2016.

All of us at ITS are getting excited about this season! 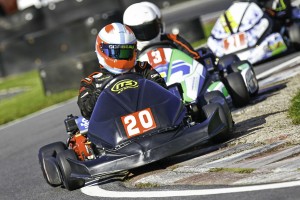 2015 finished on a disappointing note for our first team as we missed 3 out of the last 4 races due to holidays and other commitments. We still finished 9th in Supers which we were actually pretty chuffed with given that we only moved up from Clubman earlier the same year.

This year, we’re hoping to race our first team in every meet and aim to improve on our 9th place 2015 finish.We’ve had huge interest from various members of staff in our new clubman team (No.46) but now have our team ready.They’ll be using the MK4 7Kart chassis and T2 engines our first team raced with in 2014.

We’ll be doing our first real test day with the guys on Wednesday the 3rd of February although all 3 had their first go in the karts late last year. 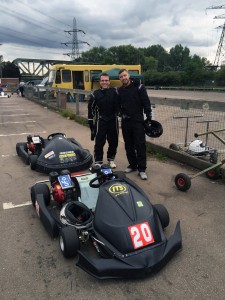 The day didn’t go well for Stuart…… When I told him not to have a beer the night before, he decided he knew best and had to come in to the pits after about 5 laps for some deep breaths and a visit to the side of the canal!! Dan did much better and managed to get down in to the 44’s, which was great considering it was his first time ever in a kart. Craig is the one to watch at the minute!, he’s pretty competitive and was in the 43’s within just a couple of hours.

All 3 are hoping to improve this Wednesday but we know we’ll be competing at the back of Clubman at least for a while. They are nevertheless, up for the challenge.

We are holding an ITS Grand Prix on Wednesday night with 41 people from all around the company coming over to have a go! Maybe ITS Racing 3 might not be too far away.

Freddie Lee will be driving for our first team for some of the season. He actually raced for us at the end of 2015 as so isn’t a stranger to our team. We hope to see Barry Lee (Freddie’s dad and motor racing legend) around the paddocks a bit this year too which will be nice. Maybe we can persuade him to get involved with the presentations at some point. Our first team remains otherwise unchanged, Me, Mark and Spoony.

We’re all looking forward to what we know will be another enjoyable year at Rye House in RHPK!
It can’t come fast enough.

Don’t forget WWW.ITS.CO.UK for “All The Tools You Need”