The highlight of the RHPK Season this year, Burton Power confirmed before the season had started that they would be sponsoring an Alpha Live round in June. Alpha Live would stream the full race on YouTube and Facebook for fans, followers and team members to watch live.

The staple RHPK pace car would be absent this month due to strict timing in front of the cameras, it will be back next month.

After Round 3, the RHPK team set to work on shaping the whole grid for the year ahead -The hard task of ensuring all teams were in their correct classes. After some considerable thought, Euro Lambo were the only team to be promoted this year thanks to their strong pace. Round 4 saw them sporting their new Super 22 number plates. 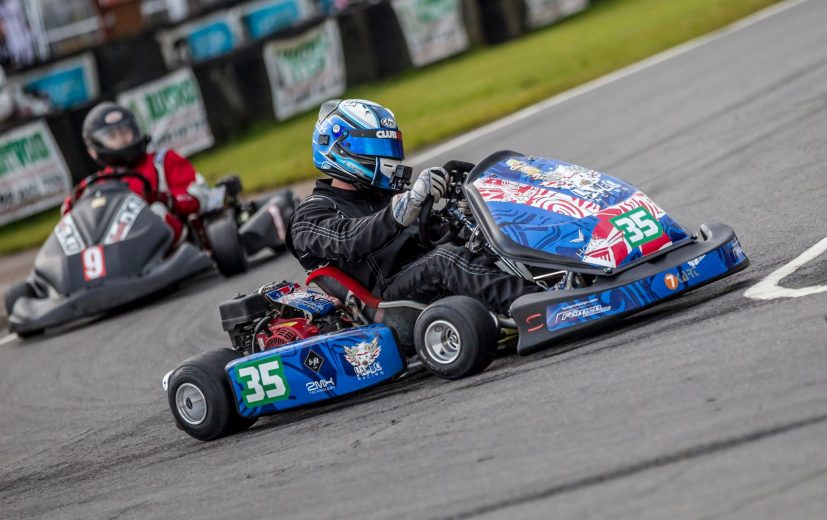 The Sausagefest was sponsored by Universal Racing this month. Cooked to perfection by the Lambo Camp. 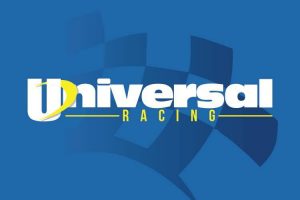 Custom Rods take pole position by just 2 hundredths of a second to the charging ABA Racing.  Helicopter Services secure the 2nd row of the grid in 3rd place, JND Racing line up next to the 2017 Champions in 4th place.

For the second race in a row, D.A.D claimed the Clubman pole with an excellent time of 41.644. Only six hundreds of a second separate Polish Lambo and Artifex for 2nd and 3rd, with both teams carrying over the impressive pace shown during morning practice.

The Cameras are on, the stream is live, Chris McCarthy is primed with his Microphone ready to commentate on the next 4 hours as the green flag drops! All karts make it around the first corner without incident, Custom Rods Manage to keep their lead over ABA Racing as Helicopter Services has to take a very wide line on the exit of ridges elbow.

D.A.D. continue their form on the opening lap, picking up two spots taking them to 7th overall. KA racing and Team Eyrie Also are the other big movers in Clubman, gaining four and six spots respectively. CSM Lambo are the biggest loser, dropping ten places. However excellent pace sees them pick their way back through the field, reclaiming their starting position by lap 16. Also caught up in that incident, BMH finds themselves beached at of Pylon, putting them into last place with a lot of work to do.

It’s a battle for 1st place as Custom Rods, ABA Racing, Spectre Racing and Helicopter Services are locked into battle. Despite Custom Rods blocking on the straight, ABA Racing makes the move and takes 1st. Spectre Racing with the best seat in the house waiting for that wrong move in 3rd. 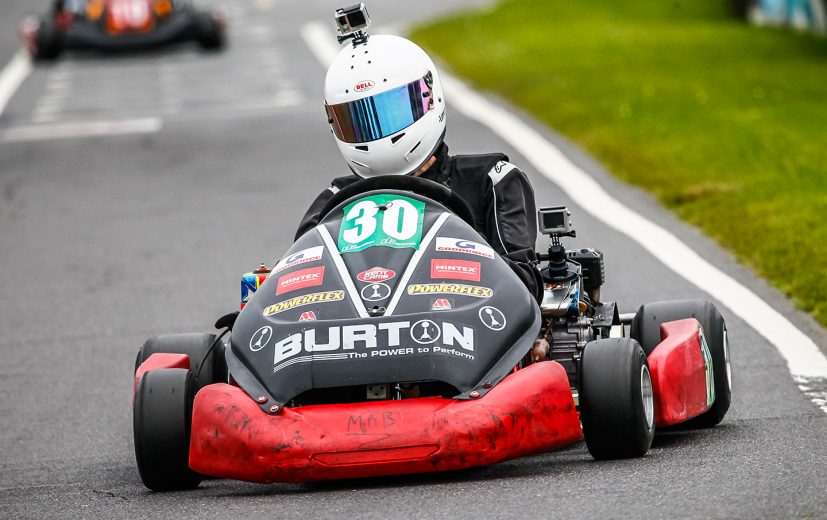 Transponder Issues for Burton Power Racing takes them out contention for a Clubman Podium this month.

Lap. 40 Disaster strikes Burton Power as the kart sheds its transponder while running in 13th, dropping them into last place and effectively ending their race. Following their unfortunate demise, Universal Racing move up into 3rd position.

JND Racing are just 5 seconds off the battle for 3rd, Helicopter Services, and Spectre Racing. 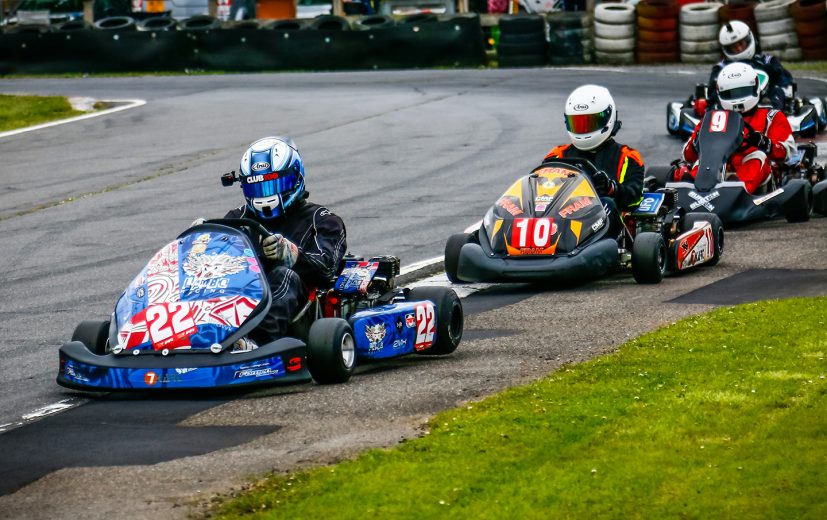 A close battle for 9th place headed by newly promoted Super Team, Euro Lambo is taking place, Team JAM & GKD Racing are all separated less than 2 seconds. The nose to tail battle lasts for over 40 laps until pit stops come into play.

Lap. 57 Having closed them down over the previous 10 laps KA Racing pass Artifex for 4th in class 16th overall. However shortly after their luck changes as an issue causes them to tumble down the timing sheet, eventually settling in 26th. 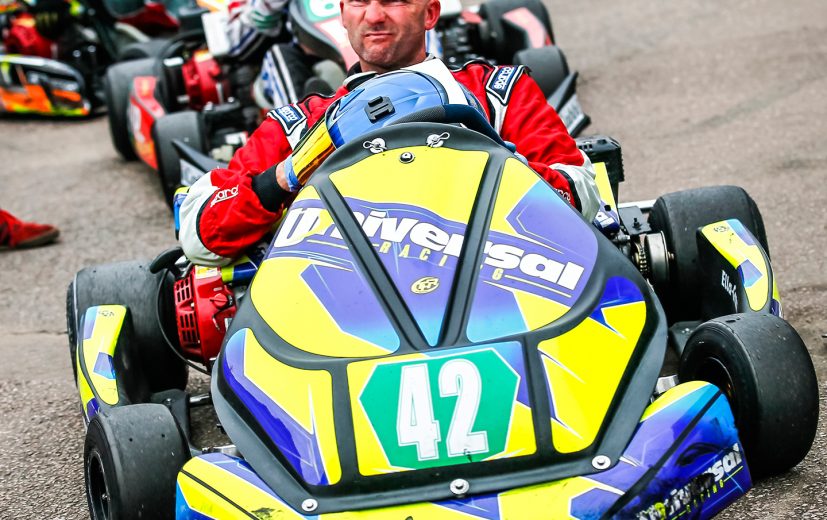 Shayne, new to Universal - disappointed with their misfortune.

Lap 194. While running just outside the Clubman top 5, Universal Racing’s day takes an unfortunate turn, losing front wheel and 10 places in the process.

Artifex pass D.A.D. for 2nd place with 40 minutes remaining, CSM Lambo in 1st has just over a 5-second lead which is slowly being chipped away. After catching up to the number 34 kart, the next 15 minutes is a gripping nose to tail battle. Alpha time switch their focus cover the epic Clubman battle, the two karts are inseparable, as they have to balance lapping back markers, defending their position all while letting past the faster SuperPros. It looks however that Artifex has the pace, and eventually they make a move stick through the exit of stadium. Holding on to take their maiden victory, a fantastic result for the team and popular win in the paddock.

In Super all eyes are on two drivers, Sam Read from Custom Rods and Ben Cook from Helicopter Services. A truly epic battle in the last 15 minutes of the race goes down to the last corner on the last lap of the race. Stunning. 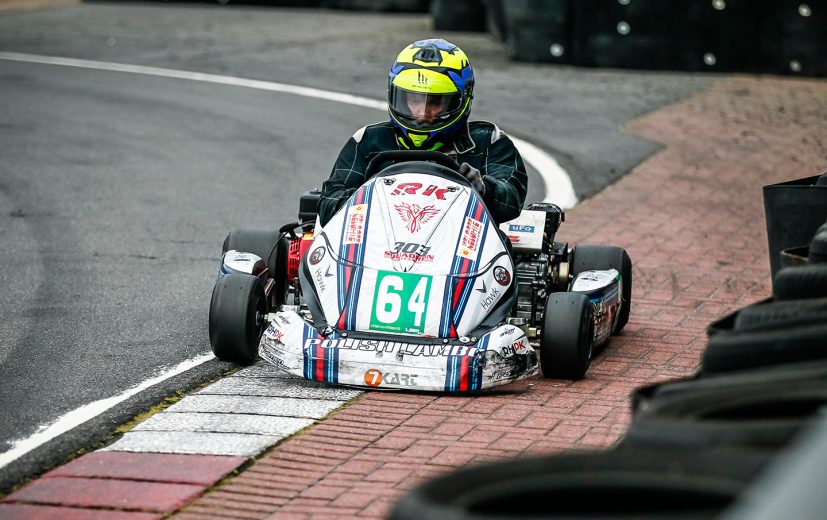 Polish Lambo, the recently shuffled team now sporting a Clubman number, 64 manage to hold off a charging HP Racing who finishes just over 10 seconds behind them. The Polish team is just 13 seconds off DAD Racing in 2nd place.

Spectre Racing take a comfortable win by 35 seconds, becoming one of the favorites for this year’s 2018 Championship. Helicopter Services take 2nd, an incredible move on the last lap on the last corner on Custom Rods – who settle for 3rd place. JND Racing take a well deserved 4th place, strong pace throughout and rounding up the top 5 is GKD Racing who are more than happy to take the podium given their bad luck last month.

In Clubman it’s Artifex Racing who take a very popular win! Their first in RHPK. After a lengthy battle with CSM Lambo who drove a stunning race, they stand proudly with 2nd place. DAD Racing take 3rd after Stephen Fishing lending them a spare chassis in the morning practice. Polish Lambo take 4th spot, a promising result for the team, one to keep an eye on for the rest of the year in Clubman and rounding up the top spot again, it’s HP Racing!

Due to Too Many Pies bad luck throughout the race, being helped by a number of people in the paddock, they went onto finish the race – a real tribute to them and as a result won our Clubman team of the day trophy!