Rumours in the paddock suggested 2019 would be the last season for Burton Power in RHPK. The evidence was convincing. Team boss Andy Burton and son Tom Valentine had helped MSV develop the new EnduroKA race series and successfully competed in their own car taking a win and second place in the first two races. Meanwhile the kart team suffered their worst season ever. Time to concentrate on circuit racing? We talk to Andy…

“2019 was a busy year for me. Along with developing, testing and rebuilding the Ka for the year, I also rebuilt and ran our C1 in the Silverstone 24 hour race. Plus our ST170 track day car took a lot of my time with 2 engine builds (don’t ask!).

RHPK would not have happened in 2019 if Nick hadn’t taken on the running and maintenance of the kart. This meant I was effectively an arrive & drive driver for my own team which is what I needed. Unfortunately the success we found in EnduroKA was not reflected in our RHPK season.

We had everything go wrong from incidents (including Octobers red flag) to poor set ups. When we finally found some pace and finished on a provisional podium, we came over the weighbridge at 179.5kg – twice! Anyway, we’re back for another season of RHPK and hopefully a change in fortune.” 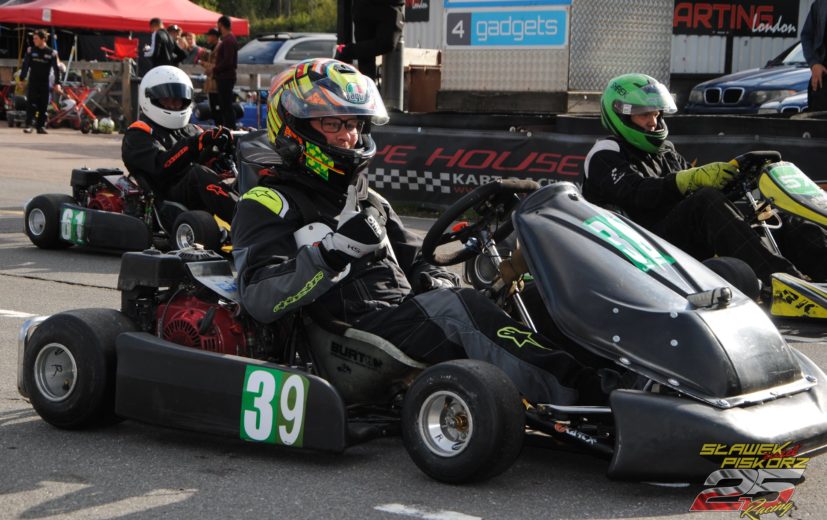 So fortunately the rumours were not true and Burton Power will be back but with some changes. The driver line up will change for the first time in three years; Tom is stepping down to concentrate on circuit racing and track days. Steve Jones will be his replacement, moving from Team Eyrie Also.

The team have also decided to invest in a new X9 chassis to replace their 3 year old XV. Providing they can get to grips with their new chassis, the team are hoping for a return to regular Clubman podiums.