It’s been a while since I’ve sat down an wrote an article – apologies. Ever since rebranding RHPK I’ve wanted to keep the personal touch with all of our teams and drivers, I wanted them to bring them a different race day experience. I strongly believe in the smallest things/changes make the biggest difference and that has been an ambition of mine throughout RHPK.

At the start of 2016, The Ryehouse ProKarting series turned into RHPK. In the run-up to the new season not only did we have a brand new website, Social facebook page but all of the hype and noise around this beast!

The idea of the pace car was on top of the list when planning the 2016 season. I wanted to start the year off with a bang and had my Dad’s 2016 Ford Focus RS lined up for March – he would have picked it up the day before the race, meaning one of the very first ones on the road… but unfortunately, it was delayed last minute.

We would have to wait until Round 3 in May where we would see our first Pace Cars, the ITS Tools Ariel ATOM followed by the Burton Powered Ford Focus RS. 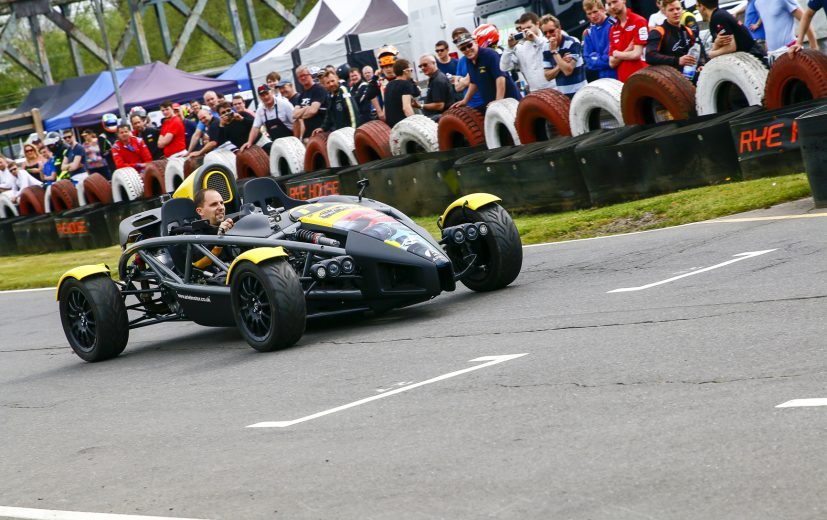 ITS Ariel Atom, As featured on the Motors TV Televised Round

It was an incredible sight not only seeing a completely different car on the track but the photos of everyone watching trackside.

It was on that date, the RHPK pace car feature was born! Next month we pushed the bar even further by introducing Steve Evans (Stiggy) to RHPK in the Starlet Drift car. A great photo was taken through the crowd, as everyone flocked to the sides of the track to witness a fantastic feature! 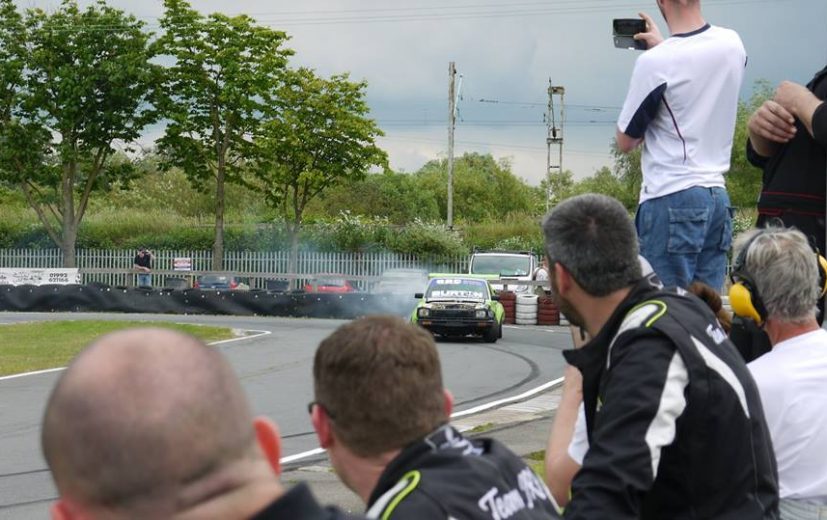 From then on I would receive 2-3 messages a month asking if they could be put forward for the pace car. At this point, we pretty much had the rest of the season confirmed. I wanted to branch out to different formulas, different cars and drivers.

Not only would I get requests asking to demo their car, but I would also get a number of private messages from non-racers asking what the pace car would be as their son/family would come down to watch!

Round 6 is where my exact vision for the RHPK pace car was achieved. We were introduced by the FunCup. Jay Shepherd of Team 7 Racing and two very talented drivers from the fun cup series, Edward And Christopher Bridle not only brought their car down to demo but entered Round 6 as Team7 Racing. They went onto finish in a very respectful 17th place having just put the kart together in morning practice! 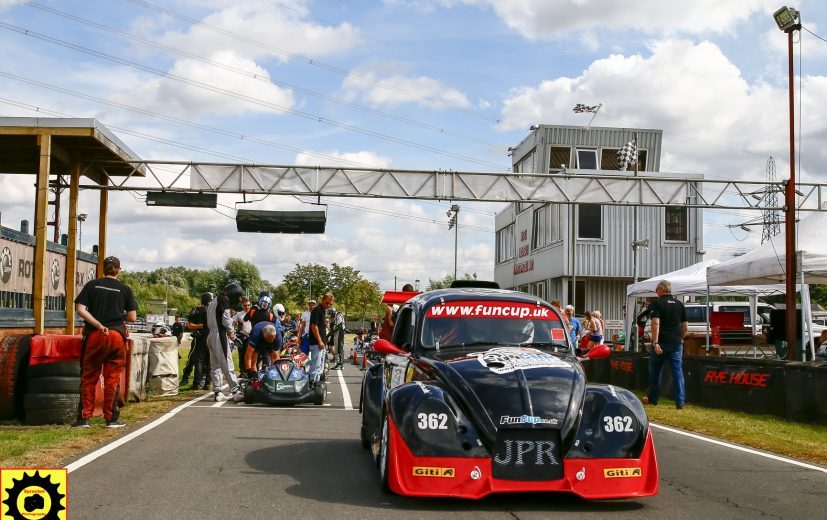 I could comment on every single car that we have had – all fantastic in each individual way, but just want to pull out a couple of cars that really stood out for me and the rest of the paddock…

From the success of RHPK 2016, I wanted to really kick the 2017 season off with a bang, I had some in mind straight away and made plans in good time to get former RHPK, Super Green Racing driver – Ben Green to start the 2017 season with his stunning Ben Green’s Ginetta GT4 Supercup Car.

Ben put a number of laps in around the track which was filmed in the car, the video went onto get thousands of likes, shares, and comments across the internet.

Ben started racing in hire karts at Brentwood Karting during 2011 where he trained for 18 months and moved on to owner-driver racing in RHPK (Ryehouse Pro-Karting Series) Buckmore Park and Bayford Meadows. 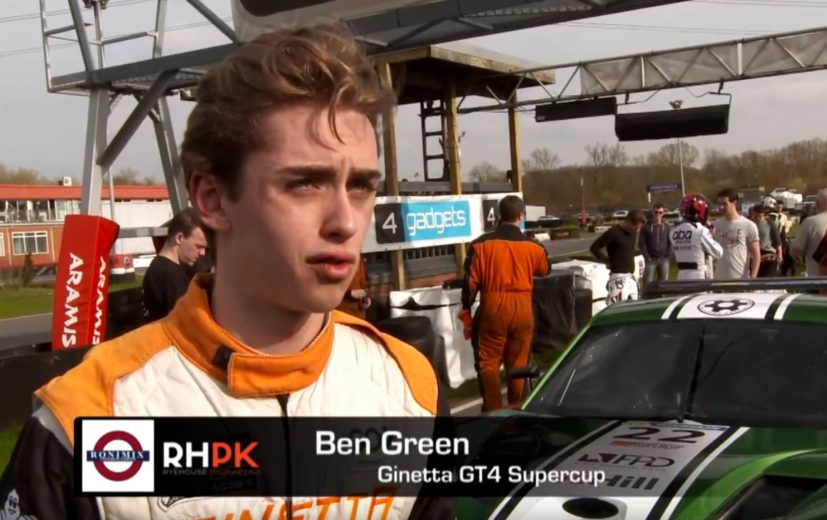 You can watch the 2017 Televised round here…

For the sheer power award, Duncan Cowper’s 2019 DAX Rush Hayabusa Turbo! When we announced it, we had no idea how it would go around Ryehouse! Duncan put on an incredible display, winning the best pace car award 2017. 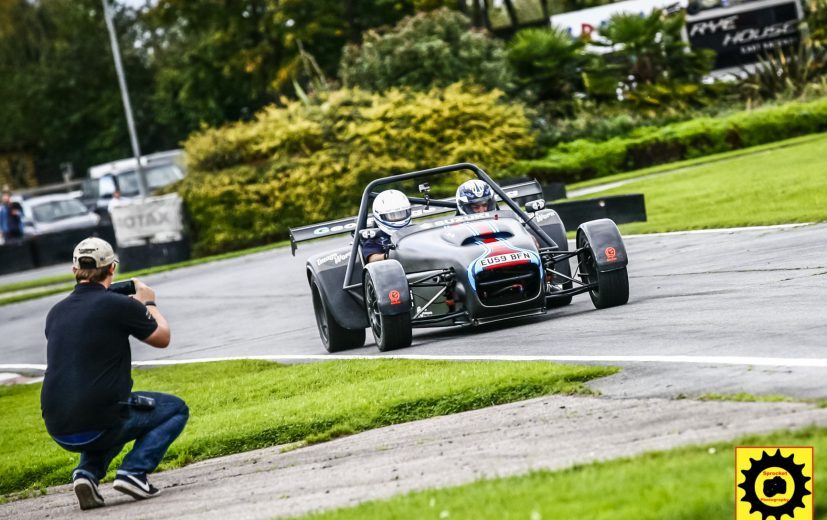 One of the last ones on my list was the incredible drift display from Danny Grundy & Aurimas Vaškelis. Two British Drift Championship spec cars took to the track. Despite the twisty narrow Ryehouse track both drivers put on a stunning display.

I was very keen to pick cars with a passenger seat, I was always excited if we had a confirmed car that had a seat for a lucky member of the RHPK Paddock to experience. I’m pleased we gave a large number of people the experience, the excitement of the live draws and a number of our winners were all not driving – some family/spectators e.t.c. 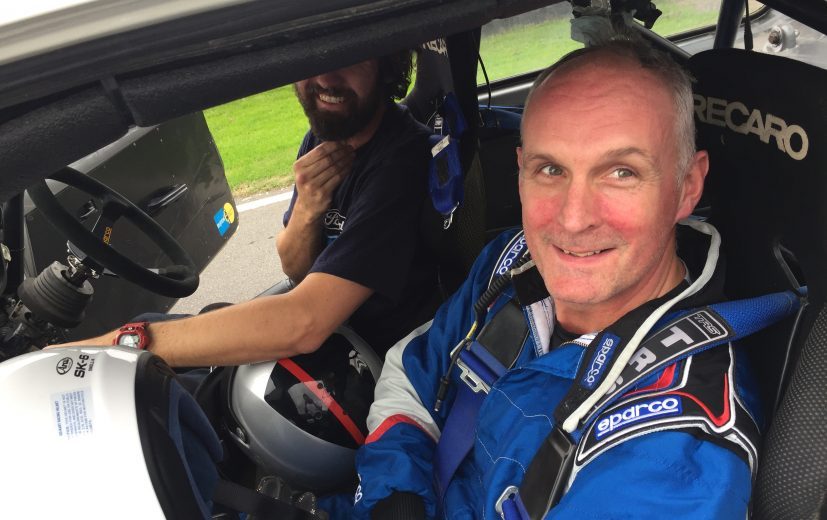 So why did they go?

The bottom line, Safety.
As the cars got faster and faster, it became apparent that the tyre walls lined up around the track would not take the impact of a 1-ton car and would endanger not only the driver/passenger but our spectators dotted around the track. With a sold-out grid for the most part of 2017-2018 and increasing numbers watching the race safety became a big concern for the whole RHPK team, also a question around track insurance and it was decided to stop the feature.

Whilst it is a real shame that we can provide no demo cars in future rounds, I’m really pleased to have met all the drivers, different formulas and witnessed the amazing spectacle for over two and a half years. Thank you all.

You can see all of our Pace Cars featured here…